Kenya’s Treasury Secretary Henry Rotich has been requested by the parliament to investigate the current use of Cryptocurrencies in the country. The use of Cryptocurrencies has been growing in the East African country despite the lack of regulation. The secretary is expected to table a report in parliament in a few weeks and advice the house on the way forward, especially on regulation.

Treasury To Decide In Two Weeks 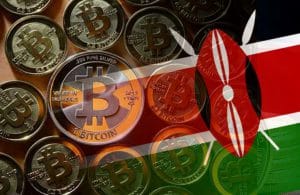 On Wednesday, Business Daily reported that the Kenyan parliament has given the Treasury Secretary two weeks to give a final decision on whether there is need to regulate Cryptocurrencies. The secretary met with the members of The Finance and National Planning Committee where he was required to clarify on the use of bitcoin in the country.

Joseph Limo, the committee’s chairman asked Mr. Rotich why the Treasury and the Central Bank of Kenya (CBK) have allowed the use of the virtual currency yet the sector is not regulated and the traders are not being taxed. The chairman said that they are shocked to learn that the CBK has no information regarding the use of Cryptocurrencies at a lounge in Kenyatta University and at a hotel in Nyeri. There is also a bitcoin ATM, yet the CBK claims it has no such information. The chairman added that they are worried that many people are trading billions of shillings in virtual space, yet the businesses have not been licensed and the traders are not paying any tax. 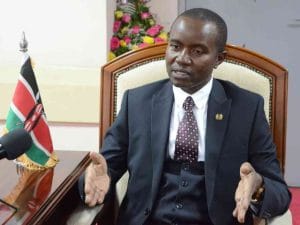 In his response, the Secretary admitted that Cryptocurrencies have attracted a lot of attention. He promised that they would establish whether there are crypto exchanges already running in the country. The secretary said that he is not aware of any local exchange. However, he promised to work towards locating one.

Mr. Rotich also said that CBK will look for local crypto exchanges and assess their risks. Only then will they decide whether the regulation is needed now or later. He added that the Cryptocurrency is an evolving area and the government has the capacity to decide. The authorities are faced with the dilemma of supporting the innovation or killing it at once.

Why The Parliament Is Concerned

Kimani Kuria, the Member of Parliament for Molo Constituency supports the regulation of Cryptocurrencies such as Bitcoin and Ethereum among others due to the risks linked to them. The parliamentarian said that transactions in these currencies are anonymous thereby making them attractive to corrupt government officials as they can use them to hide their loot. He observed that a person might buy the Cryptocurrencies using illegally acquired money, move to another country, exchange the currencies for fiat money, and move on with life. Tracking the movement of such funds is a daunting task, especially when the Cryptocurrency sector is not regulated.

The secretary was reluctant to respond to the question by the committee on the Kenyan government’s ability to monitor and control Cryptocurrency transactions done within the country. However, the secretary stated that Cryptocurrencies are different from most of the investments, as they are not regulated. The little understanding among the authorities on how they work and the influx of many companies make the currencies prone to abuse criminals.