For the first time, Japanese Financial Services Agency, the financial regulator for Japan is set to decline an application for one cryptocurrency exchange. This comes just moments after the same regulator approved sixteen other Crypto Exchange platforms.

The Crypto Exchange in question has received suspension from undertaking any business related to Crypto trading twice. Apart from that, it has also received a total of two business improvement orders.

The exchange that is set to be blocked from carrying out crypto-related operations is known as FSHO and is based in Yokohama. The agency reached that decision to prevent FSHO from entering the Crypto Market due to the fact that it did not have the necessary tools needed for such an operation. 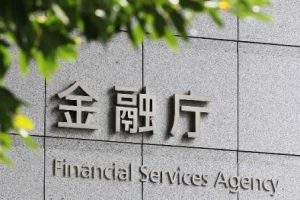 By stopping the activities of this Crypto Exchange, the Japanese FSA aims in proving its commitment to bring back a sober currency-trading ecosystem for consumers in Japan. At the moment, FSHO has been categorized as a “quasi-operator, implying that it would only be eligible to carry out Crypto Exchange activities as the FSA continue to review its application.

FSHO is the only Cryptocurrency exchange platform that has ever received two orders of punishment from Japanese financial regulator, besides one of the major exchanges known as Coincheck.

While the first one was served on 8th of March 2018, the second one was served on 6th of April. In the first order (March 8th) JFSA suspended all the company’s businesses that were related to virtual currency trading dated from the 8th of March to 7th of April and offered it a business improvement order. The organization was then ordered to fix four operational areas so that it can effectively manage its consumer information.

In the order that was issued in April, FSA put on hold all operations of FSHO that related to virtual currency trading dated as from 8th of April to June 7th. The second order came with a total of five business improvement areas, a number of them appearing exactly as the first order. Some of the areas that were introduced in the business order for the first time included creating an efficient system of management that would look into menaces such as terrorist financing and money laundering, as well as a system of risk management. FSHO was instructed to get back to the Japanese Financial Services Agency on 7th of May and report the changes but it failed to do that.

According to the review that FSA later provided, FSHO did not verify the identity of its consumers in certain operations where a crime was highly suspected, or even in instances where the deposits made by the consumers could be diverted at any given time.

Green Light To Other 16 Crypto Exchanges

As earlier noted, FSHO will have until 7th of June to operate as a quasi-operator before its registration is denied and operations barred. Meanwhile, 16 other Crypto Exchanges in Japan have been given green light to continue operating

Close to 100 others more are also looking forward to joining the marketplace, and they include Line Corp, Yahoo! Japan, and Coinbase.

One thought on “Japan To Decline An Application For Crypto Exchange”