Britain’s largest auto manufacturer, Jaguar Land Rover is developing a smart wallet software that will enable drivers of their cars to earn MIOTA. They will be rewarded after sharing data about key aspects with a goal to lower accidents and other road perils. Further, the project aims to achieve zero emissions and zero congestion on roads and is dubbed “Destination Zero”.

Jaguar Land Rover Cars To Be Fitted With A Smart Wallet

There will be a smart wallet that will be incorporated into cars. Jaguar Land Rover drivers will then be able to use the platform to submit data on events such as traffic build-ups and hold-ups, potholes, accidents, and other issues to local authorities or navigation providers. The wallet will then be debited with MIOTA as proof of work that the driver has successfully submitted useful data.

The Auto Industry Is Exploring Blockchain For Various Use-Cases

The global car industry has been on record for leveraging the different features of Blockchain technology to suit their different needs.

Blockchain is a distributed network of ledgers that are maintained by different computers connected over the internet. It is the power behind Cryptocurrencies such as MIOTA, BTC, XRP, EOS, and many others that define the growing Crypto market.

About The Destination Zero Project

The trial for software for the Destination Zero project is in its trial phase at the newly established Jaguar Land Rover engineering factory in Shannon Ireland. At this point, a report from Reuters reveals that engineers have already fitted the smart wallet software in car brands such as the Range Rover Velar and the Jaguar F-PACE.

Jaguar, which is also a subsidiary of Tata Motors has stated that there is no timeline of when the smart wallet will be available for commercial adoption.

Russell Vickers, a Jaguar Land Rover Software Architect agrees that the software will be revolutionary as it is going to turn Jaguar and Land Rover cars into a “third space”; the other spaces being the home and office areas.

He also hints that the software is a milestone in the movement towards the futuristic autonomous-driven cars where owners will have the liberty to participate in a sharing economy where they will be, for instance, warning others about traffic jams and earn Cryptos.

In the smart wallet-based Destination Zero project, the MIOTA that drivers will be able to earn can be used to pay for road tolls, gas, etc. 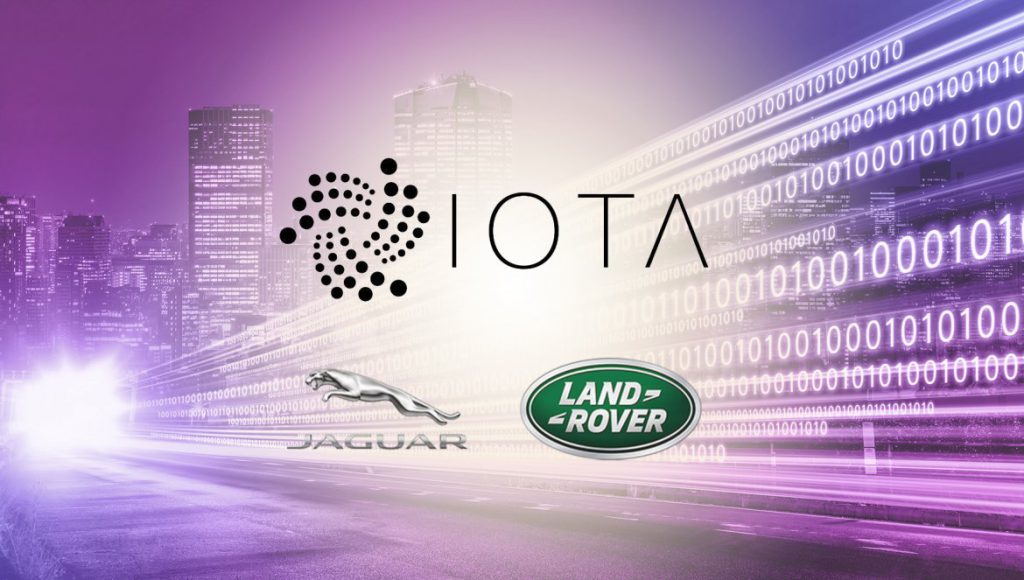 IOTA Is An Internet Of Things Blockchain

IOTA is a Distributed Ledger Technology that enables machines to interact and transfer data amongst each other in an Internet of Things (IoT) operation-like model. The Blockchain also allows people to send and receive the on-platform Token-MIOTA, with zero transaction fees.

Following the announcement of the Destination Zero project, MIOTA is the most bullish in the market with a 13.6% gain in the last 24 hours to trade at more than $0.3.

Dominik Schiener, the co-chairman of the board and co-founder of IOTA told Reuters on Friday that the new smart wallet can be incorporated to all new vehicles. He adds that this can enable all auto brands such as BMW, Jaguar, etc. to operate in an interoperable machine economy powered by MIOTA.