For months, the world has held its breath as news of the Facebook Coin made rounds in media channels. Amid the excitement, there was an air of uncertainty as Facebook had not officially announced that it was developing its own Token.

The deployment date for the new Libra Coin is set for next year and experts are convinced that the impact of the new Crypto will disrupt the global payments and e-commerce industries in a way that cannot be fathomed.

The announcement on Tuesday (June 18) additionally revealed that Facebook has already formed a governing body for the Crypto which is known as the Libra Association. One of the mandates of the Geneva-based entity is to launch Libra coin in the first quarter of 2020 and also prepare an intensive publicity campaign through interviews with executives, marketing materials and other strategies of attracting new users.

Calibra Will Offer Wallets For Libra

To ensure that its new Coin is not dependent on third parties for wallet services, Facebook has also unveiled Calibra which is its new subsidiary that will be in charge of providing Digital Wallets. The storage solutions will be supported on WhatsApp and Messenger where Libra will be the on-platform currency.

The wallet is expected to offer an easy way to send, spend, and save Libra on Facebook-owned social media.

The Inspiration Behind The Coin

The aim of Menlo Park, California-based company is to provide the unbanked population access to secure financial services and to also offer seamless payment services for consumers and businesses to adopt.

Additionally, the ex-PayPal executive David Marcus, who heads the Facebook Coin project reveals that the name “Libra” has been inspired by the French word for freedom, the astrological sign for justice, and Roman weight measurements.

Hence, the Libra project is aiming to offer “Freedom, Justice and Money” through a revolutionary Cryptocurrency that is powered by Blockchain.

Following precedence that has been set by Chinese social apps like WeChat, Facebook wants to increase the revenue that messaging services generate.

Hence, should the project go as planned and most of the 2.4 billion clients adopt Libra, Facebook could soon be earning massive revenues by charging transaction fees. Additionally, from the law of large numbers, the global giant could leverage on its large client-base and even low fees could have a significant boost on its books.

The Libra project is being supported by notable partners such as Andreessen Horowitz, eBay, Uber, Spotify, PayPal, Mastercard, Visa, and Vodafone. The members have to contribute at least $10 million to be eligible to join the team of backers. Each of the investors has one vote and Facebook intends to relinquish its leadership role after 2019 where Libra team members are expected to surge to 100. 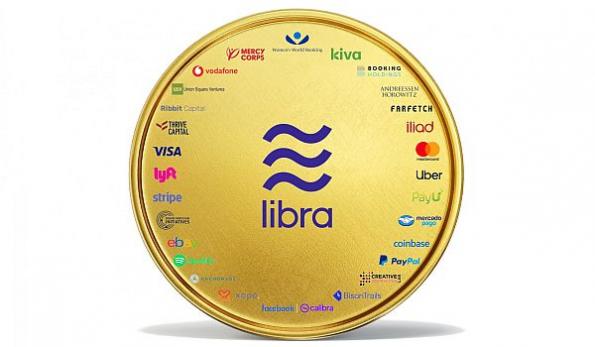 Jorn Lambert, executive VP for Mastercard digital solutions says that more investors waiting for a reaction from consumers and regulators before they jump on the bandwagon.

Meanwhile, Facebook’s shares are up by 0.3%.