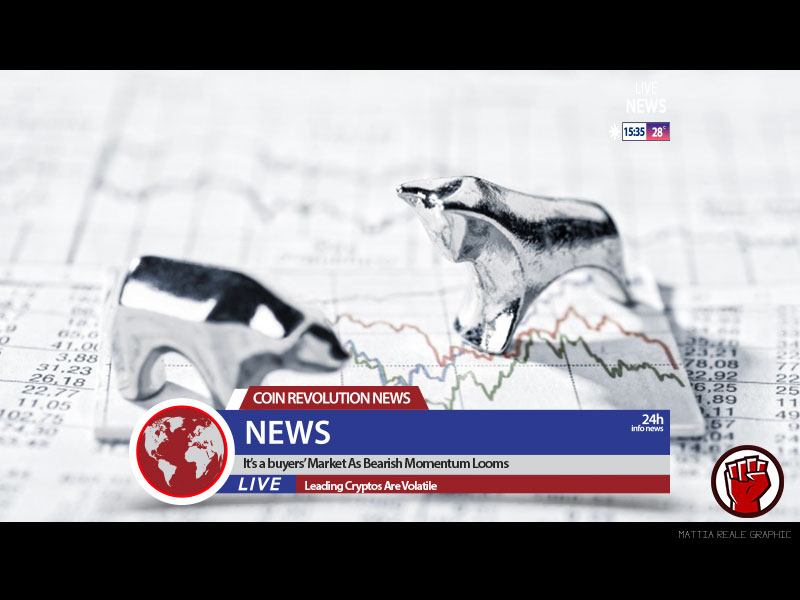 In the last 36 hours, the Crypto market experienced a widespread bearish condition as most Digital Token pairs were trading in the red. Some of the Cryptos that hit weekly lows include BTC, ETH, and XRP that collectively dominate over 80% of the total market capitalization on Coinmarketcap data.

This drop has been precipitated by a prolonged period where most Cryptos were struggling to trade above their respective levels of resistance. For instance, BTC/USD is seen as headed toward its critical level of resistance which has been above the $9,800 mark for months. Nonetheless, key market players are still optimistic that most of the assets have consolidated above their respective levels of resistance and in the short-run, charts may not slide further downward.

Nevertheless, the prevailing conditions favor both bull and bears depending on the time of day and no one can predict with certainty when the breakout would occur. But BTC hodlers must note that this condition might establish a solid level of support all other factors being constant as a price consolidation is taking place.

The only factor that can break the impasse is a catalyst such as approval of Bitcoin futures trading in various countries, or adoption of BTC by one of the major global banks.

A closer comparison of Bitcoin and Ethereum charts indicate that the two Cryptocurrency prices are highly correlated. For this reason, ETH is as bearish as BTC and the ETH/USD lost support at $200 and is now trading below the level of support.

In the last 3 days, ETH has lost ground to trade at the current $192 after peaking at $193 as at Thursday 20:24 UTC and investors can only watch as market forces trade-off.

Ripple’s XRP Is In The Red

The second-largest Altcoin is also showing bearish momentum after starting the week at $0.28 which has since plunged to the current $0.27 after bottoming at $0.26.

Although the trend for XRP/USD differs slightly with BTC/USD trends, it is still evident that the effect of a bearish Bitcoin is adversely impacting XRP that should have been otherwise bullish after key weekly events such as the Xendpay-Ripple partnership and much more.

However, investors need to note that the levels of support and resistance for XRP/USD are undefined and difficult to determine as the Crypto has been trading at the $0.2 to $0.3 level for months with no signs of breaking out.

There is widespread consensus that that Cryptos are currencies of the futuristic fourth industrial revolution that is set to be powered by technologies such as Blockchain, Internet of Things, Big Data, Machine Learning, Robotics, Artificial Intelligence, etc.

Hence, investing in Cryptos at a bearish market is a feasible investment decision that every economically active person ought to leverage.