A report by news agency PressTV indicates that the government of Iran is in the works to legalize crypto mining in the country. This new development has been confirmed by the country’s Central Bank governor Abdol Hemmati. These reports come in light of unconfirmed reports stating that Chinese miners are relocating to the country due to the affordable energy prices making it a hot market for mining purposes. However, previous reports also indicated that the country’s authorities are planning to cut off power to crypto mining due to the sudden increase in the amount of electricity consumed. 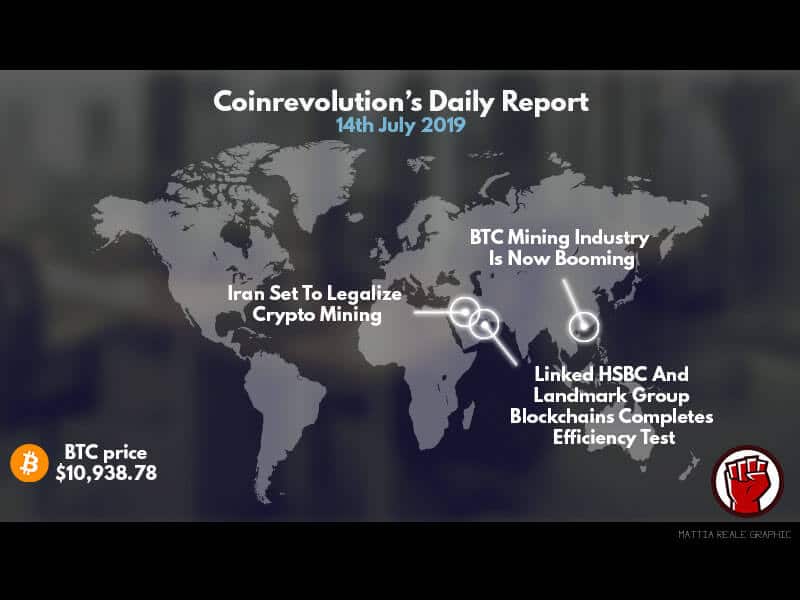 The adoption of blockchain technology by various industries is on the rise especially to safeguard internal operating networks against data security breaches. Also, blockchain is not only cutting transaction time and costs to initiate and complete business deals, it also offers error and fraud free paperless operations. With this in mind, two blockchain platforms from HSBC and Landmark Group have linked up to offer immense seamless operations to enable long term efficiency, competitiveness and profitability for the two companies.

BTC.com has been reporting historic hikes that have been growing with time since the earlier years of Bitcoin mining. Recent data released from the network shows that mining difficulty on the main Bitcoin network has taken the steepest upturn experienced in nearly a year. The last time such a sharp soar occurred was back in July 2018. This uptrend is expected to go further due to the upcoming difficulty increase.