According to Jimmy Zhong- Co-Founder and the CEO of IOST, IOST is the best Blockchain platform in regards to security, scalability, and decentralization technologies. He was speaking during an interview with BTCManager.

IOST Is Different From EOS And Ethereum 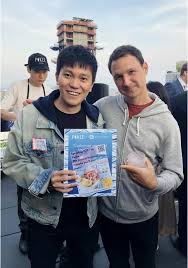 Ethereum, EOS, and IOST platforms are designed to power Blockchain applications. The different technologies achieve the same purpose. However, according to CEO Zhong, IOST is different as it solves the problems of decentralization, scalability, and security that Ethereum and EOS have been unable to address.

The CEO believes that unlike the two competitors who have been unable to offer all the three features in excellence, IOST has a trilateral approach that is unique. This is because the three aspects that are integral to any Blockchain are excellent and of high standards.

IOST has an advanced egalitarian consensus mechanism than EOS or Ethereum. This characteristic enables IOST to have the fastest scalability. Zhong attributes the exemplary performance to a proprietary Proof-of-Believability (POB) consensus protocol. The PoB facilitates next generation transactions bandwidth speeds. The consensus protocol uses factors such as user behaviors, network contributions, reputation-based token balance, and IOST token balance to ensure that nodes comply with Blockchain standards. The implication is that a network speed is greatly enhanced.

Secondly, IOST has a Delegated Proof-of-Stake model that contrasts with Ethereum’s Proof-of-Work and Proof-of-Stake approaches in validating nodes. EOS also has a DDoS. However, IOST DDoS allows only 21 nodes to validate transactions using algorithms. On the other hand, EOS allows users to prompt their DDoS to validate a transaction, a factor that makes EOS prone to fraud and collusion as opposed to IOST’s centralized nature.

Thirdly, the PoB on IOST is designed to facilitate distributed roles in transaction validation, and transparent reward system. This ensures that there is complete centralization as no single entity can control network transactions.

IOST has additional features such as Bluehill, and more that contribute to better security, scalability, and decentralization of the network more than Ethereum, EOS or any other Blockchain platform could ever achieve. It is important to note that IOST is progressing on its roadmap and there is a relentless effort to improve the Blockchain platform. For example, Zhong pointed out that IOST has released the second iterations testnet-Everest v1.0. Everest v1.0 in October. Mainnet is expected in Q1 2019. He also revealed that IOST was working towards adopting Bitcoin’s lighting network. The IOST CEO revealed that the project aims to dethrone Ethereum and EOS that are ranked as second and fifth respectively. His team is planning a revamped marketing campaign to raise awareness to achieve this end.