Can you imagine not using a username or password again in life?. Yes, it is possible through ION Networks.

A Bold new System for authenticating online identities recently started operations on the Bitcoin network. The ION Decentralized Identifier (DID) network has been deployed on the Bitcoin main net by Microsoft’s Decentralized Identity squad. It is a layer two network technology as compared to Lightning. However, instead of relying on payments, it uses Bitcoin’s blockchain data to generate cryptographic IDs for online identity authentication.

An Identity network such as ION may be the gateway to unlock the website where users no longer need to struggle with passwords, email, and mobiles for authentication. 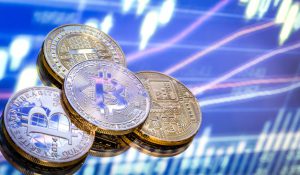 “We are delighted to announce that [version 1] of ION is complete and has been released on the Bitcoin main net. We have installed an ION node throughout our production infrastructure, and we are also working with other Firms and Organizations to do so as well. ION isn’t dependent on centralized entities, trusted verifiers, or special protocol keys. ION is not answerable to anyone but you, the community,”

What is Microsoft’s ION?

As Buchner said, ION is an open-source network, which means that anybody can download the code and run an ION node to use the application. It makes use of Sidetree, an open-source protocol for distributed identifiers developed by Microsoft, ConsenSys, Mattr, and Transmute developers.

ION, which has been in closed beta since June 2020, signs off on identities using the same logic as Bitcoin’s transaction layers. A public key and its corresponding private key are used to validate that a person holds an ID. To log into your email or social network in an ION system, you will “sign” your DID with your ION account to prove that you are the owner of the particular account.

The ION network will verify from the service provider that you own the ID associated with your account or not.Thanks to the ION Network to creates cryptographic links for Bitcoin.

Depending on the service, any personal data associated with that ID (name, age, location etc.)  will be kept off-chain. The InterPlanetary File System (IPFS) interface is used to link ION IDs to the Bitcoin network, and ION nodes can handle up to 10,000 ID requests in a single transaction.

Users can establish and manage several IDs with different keys for various services. Few Information and login credentials that users put daily to log in to any service, including platforms such as email and social media, can be used in regular intervals to log in or be monitored in one-off forms, such as concert or event tickets.

Anyone who wishes to run ION can do so through a remote node or directly download it to a personal device.