Ikea’s innovation lab Space 10 is developing a Blockchain-powered solar microgrid. The furniture giant is aiming to democratize the management of renewable energy to entice many people to produce electricity for the microgrid using green -energy solutions.

Dubbed as SolarVille, Ikea’s Blockchain platform is at its modeling phase. The model is a wooden village prototype that showcases how a microgrid solution will work. The illustration of the microgrid shows a village where homes are hardwired together in order to share energy. The lab is reassuring all stakeholders that the model is scalable and can be applied to a larger grid area.

The new solution will be useful to individuals aiming to sell off their excess energy on the Blockchain platform.

This project is an illustration of the commitment of the Ikea CEO Jesper Brodin to act on climate change.

Managing A Microgrid On Blockchain

The whole idea is to enable people to generate energy through solar panels and other DIY environmentally friendly means. The design will also enable them to either consume less or produce more energy in order to increase the input to the microgrid.

In regards to the management of the microgrid, the SolarVille platform will have a transparent ledger that is only accessed through a secure ledger log in. The platform will be fully decentralized to avoid the inefficiencies of third-party participation.

The Outlook Of The Model

Solarville modeling illustrates a simple microgrid where viewers can see the flow of power depicted by micro LED lights on the model. This shows how the electricity is traded in real time within a community that has suppliers as well as buyers. 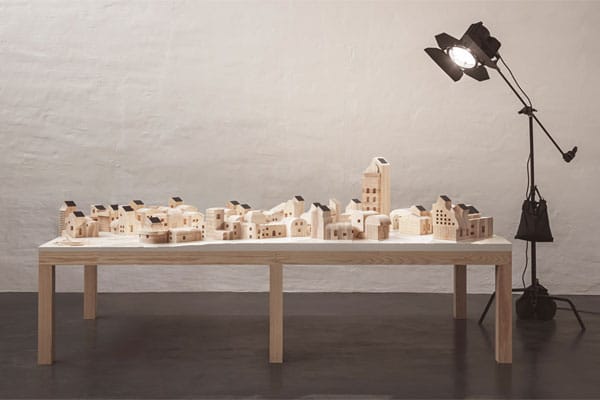 There is a hatch on the side of the model that displays the underlying DLT in operation. Hence, the presentation of the prototype enables observation of the Blockchain-traded energy. There is also an artificial sun that triggers energy production on the solar panels to get the electricity flowing and the system going.

The Concept Is Advocating For Solar Energy

Further, the Solarville notes that nuclear energy production methods of either fission or fusion have “serious problems” ranging from high costs to waste management issues.

Ikea Has An Initiative To Promote Sustainability

The global giant has an ambitious initiative dubbed as Ikea People and Planet Positive Strategy that allows the company to play its part in promoting suitable exploitation of resources. The target is to reduce GHG emissions from its operations and stores by 80% by 2030.

Support from the Science-Based Targets Initiative (SBTI) is enabling Ikea to apply emerging technologies such as Blockchain in its mission.

On the political support in the EU, president Emmanuel Macron and Chancellor Angela Markel are championing a unified European approach to environmental protection which is in line with Ikea’s mission.