The government of Japan plans to have an advanced and hybrid economy that is powered by cashless transactions. This is meant to ensure that the inconveniences of using Japan Yen paper money are eliminated and the society is able to buy goods and services through app-based solutions.

To take advantage of such laws, the Singapore-based Crypto exchange platform -Huobi, is entering the Japanese market. With a GDP of over $5 trillion and a population of over 120 million people, Japan is one of the globe’s biggest markets as well as the most advanced. Hence, the entry of Huobi into the space is strategic as the platform’s services are suited for the local needs.

A Cryptocurrency Boom Is Ongoing In Japan

As the economy becomes cashless, the country is increasingly embracing cyber money options that also include Cryptocurrencies. Hence, Huobi will offer a platform where Crypto enthusiasts can buy, sell, transfer, or store Cryptocurrencies. There are also other competitors such as Coinbase, OKex and many other platforms but Huobi stands out as it guarantees security, privacy, real-time transactions, as well as process verification.

Cryptocurrencies such as XRP, BTC, ETH, LTC, ADA, Dash, etc. are being adopted at a faster pace than anywhere else in the world. Although the main motive for Crypto holders still remains to be price speculation, many of them also want to use Digital Tokens as units of value in the market like any other FIAT currency.

For compliance reasons, Huobi has already secured a license from the Japan Financial Services Agency (FSA) along with other 17 Crypto companies. Hence, its operations meet the legal threshold that protects users while encouraging innovation and efficiency enhancement.

Last year, Huobi had a merger with BitTrade- a Japanese exchange, this move means that Huobi has features that are suitable for local needs.

It was established in 2013 in China but moved to Singapore in 2017 at the height of Chinese crackdown on Cryptocurrencies. It has since grown to be an international platform. At one point in 2014, Huobi accounted for 60% of Crypto exchange activities in the world but this has since changed as competition intensifies.

According to Leon Li, Huobi Group CEO and founder, Japan is an important market and the licensing is the beginning of an “important milestone.”

A Cashless Society Built On Crypto

According to an article by MIT on Tuesday, there is a question of whether the Japanese will “ditch cash for Cryptocurrency”. The article makes references to projects by SBI Holdings, Mizuho Financial Group, and Mitsubishi UFJ Financial Group (MUFG). These are the leading firms that are deploying Blockchain platforms to support Cryptocurrency transactions. With the entry of Huobi into the scene, it is only a matter of time for Japan to have a Token-based cashless economy. 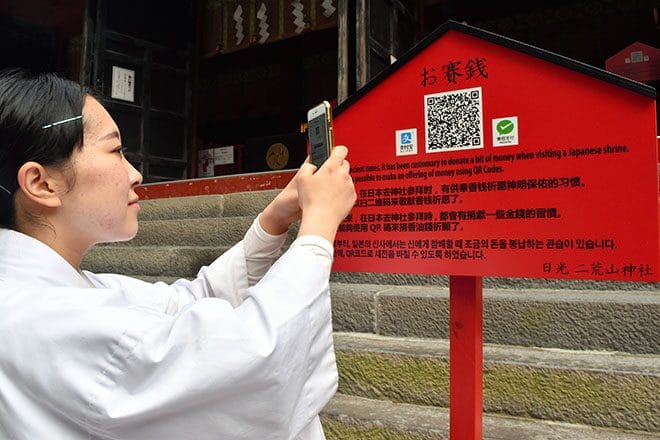 If the quest to have a Crypto based cashless system is successful, other regions will demand the services and Huobi will roll out their coverage.