How To Avoid The “Parent’s” Mistakes: Lessons To Bitcoin Cash 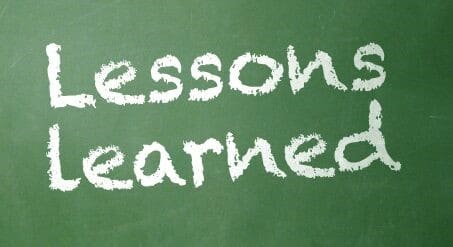 As they usually say, a society that is properly educated will not be influenced by propaganda. That is what’s supposed to happen to the members of the cryptocurrency community.

Bitcoin Cash Is All About Money

When it comes to Bitcoin Cash, there is no complication. This is how it works; if person X has something valuable to offer person Y, and person Y is ready to pay for it, then Bitcoin Cash is used. Two main features that distinguish Bitcoin Cash from other sector players are low fees and the absence of middlemen. That was the main vision behind the creation of Bitcoin Cash.

When it comes to Bitcoin Core, everybody is supposed to be applied the same set of rules. They can also be referred to as protocol rules, network rules or consensus rules. The challenge comes when the rules are supposed to be upgraded or changed. In Bitcoin, there is a system called Proof of Work, and however nifty it might be; it ensures that all users are kept on a similar set of rules and the network is secure. Apart from that, this system can also be used as a voting machine, where miners might cast their vote regarding a change in the existing rules.

Picking The Best Algorithm To Apply

Barely a year ago, there was an upgrade that was undertaken on the Bitcoin Cash’s DAA – Difficulty Adjustment Algorithm. This, however, did not go down well with some developers who thought there were other better algorithms that could have been used.

The best thing to do here is to have certain governance procedure, where ideas that are competing can be resolved. What Bitcoin needs to survive the kind of storms its parent coin went through is a magical governance procedure.
Nobody has so far, come up with a magic formula and a solution that can fix the current problem once and for all. But Bitcoin Cash appears to be faring on well without any magic formula or silver bullet as others might want to call them.

The Other Lesson to BCH Users

First of all, it is very imperative to remember that Bitcoin Cash is a Peer-to-Peer electronic cash system. The approach that was adopted by the main Bitcoin was done to evade making any change without a wide industry consensus. This makes some sense, especially in a system that entirely depends on consensus.

Market analysts think otherwise. They feel Bitcoin took this whole idea unexpectedly far. Bitcoin Core impractically stayed away from making some useful changes but instead went on with the quest of looking for perfection. Some feel that this was basically an excuse and that those who were in control had decided to raise the size of the block.

What is evidently clear is that the entire Bitcoin community lacked the relevant information regarding the usage of the peer-to-peer electronic cash system.

Bitcoin Cash and the whole supporting community should, first of all, know what they are looking for. This will help them avoid splintering and stagnating with the future plans that they have.