How New Features Help the Lightning Network to Scale 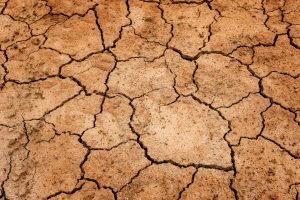 Until now whenever Alice and Bob have a payment channel and Alice has depleted her wallet, it is impossible to credit the payment channel with new Bitcoin. If Alice wishes to do that anyway, she will have to close her channel on-chain. For that a fee is necessary which can be relatively high in times like these. Then she will have to open a new channel – again on-chain and with fees. Only then can she credit Bob with her new funds. The feature that would allow Alice to simply put more funds in her existing payment channel is called ‘splicing’.

Lightning Loops solves this problem at least partly. The feature was released two months ago in its alpha state by Lightning Labs. It allows crediting or withdrawing funds without having to close a payment channel. It works by relying on atomic swaps which allows to conduct a transaction from a classic Bitcoin wallet to a Lightning Network wallet. This method reduces on-chain transactions but it does not solve the initial liquidity problem.

The first method that makes Hyperloop more efficient is the application of ‚output scripts‘. Effectively, they can reduce the space a transaction needs by the factor 10. A normal on-chain swap takes 300 bytes, an output script transaction with Hyperloop can be as small as 30 bytes. Thus, much more transactions can be fit into the block.

But Hyperloop‘s main feature makes it even more efficient. It further pushes the liqudity chain that Lightning Loops already extends. The keyword to understand the concept of Lightning Network is signature aggregation. This method allows to amass the transactions of several different users and to put them into one.

All participants sign this transaction. Thus, the users can share the transaction fees. Effectively, it saves space on the blockchain and reduces the costs for the pariticipating individual.