Ari Paul is one of the most respected crypto investors in the market. According to him, a better part of the crypto ecosystem will only facilitate withdrawals to the addresses that are whitelisted. He says that this might happen within the next year or two. Ari Paul, who is the co-founder of Block Tower, said all these in a tweet on the 26th of August 2020.

Ari Paul also predicts that there could be a division between what is referred to as “clean” coins. Luckily, this can be traced to the regulated financial organizations and the rest. With the whitelist-only crypto, ecosystems will have to be separated for coins. International financial regulators have continued to demand more strict levels of compliance for all crypto companies and exchanges. While highlighting that point, Paul stated that the major exchanges are trying hard to implement the processes of compliance. Most of these organizations have been informed that they should upgrade to the required regulatory standards.

The Concerns To Be Addressed

Whitelist-only crypto withdrawals are expected to address several issues in the market. The main concern in the industry has been coming from money laundering through the use of virtual coins. As of now, the contemporary exchanges use a system known as the KYC – Know Your Customer. They have also put in place various account limits. However, the users can still withdraw to the wallets they like. It seems the industry is improving with each day. There are new regulations that have been introduced, and they seem to be changing the old system. One of these is known as the new FATF- Financial Action Task Force. This new task force has created what is referred to as a “travel rule’. With this, the VASPs – Virtual Asset Service Providers are required to fetch and transfer the details of the customer as the transactions continue.

New Developments With The Whitelist-Only Category

According to Ari Paul, the whitelist-only crypto system might introduce a new stage. With this, centralized exchanges across the entire globe will be treated just like bank accounts. They will enjoy the same surveillance and controls banks accounts enjoy. Paul also suggests that there could be a new business in the crypto assets laundering. This will only happen in the whitelist-only crypto category. 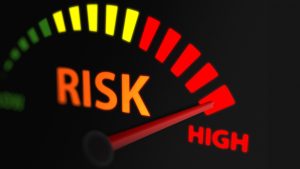 There are certain exchanges that have started implementing strict regulations. BitMEX is one of them. In their recent announcement, they stated that a User Verification Programme would begin on the 28th August 2020. It will run up to the end of the year. Previously, BitMEX was lenient on the compliance of the regulations that had been put in place. With the new requirements in place, this exchange’s users will have to submit their entire identification disclosure. This will take place within a six month period. It is the same process that customers undergo when opening bank accounts.