Tom Baetens, A Twitter user known by his online name @Tom_Baetins is expressing optimism that the future of Ripple is bright. This is due to the fact that a lot of partnership deals are in the pipeline as Ripple and its native Token continue to gain prominence in the Blockchain tech circles as well as the Crypto world.

@Tom_Baetens is presenting a likely scenario to his followers that reads, “Just a whatif…”, he then goes ahead to list several global companies such as SWIFT, Alibaba, and Amazon in an ideal case scenario where they have embraced RippleNet technology. Further, he lists leading payment platforms such as Samsung Pay, Apple Pay, Google Pay and Banks and forecasting a use case where these platforms are using XRP as a medium of payment.

Although this may appear to be wishful thinking, it is indeed factual as some reports are showing that Ripple is indeed a popular technology that is being adopted by a growing number of companies.

Google And Ripple Could Be In A Secretive Partnership

Google is the most prominent search engine that is way ahead of its competitors in the online search engine business that is a ripe market for online advertisers.

There are unconfirmed reports making rounds in tech circles that purport that Google and Ripple are already cooperating in building a low cost and super-fast payment platform.

To understand the potential that a partnership with Google offers to the growth outlook of Ripple, it is first of all crucial to put facts into perspective. Firstly, Google is the leading online search platform that a huge percentage of the world users to search for information about solutions. Secondly, the global remittance industry whose volume was $625 billion in 2017 is projected to register a meteoric growth and hit $1 trillion by 2022. 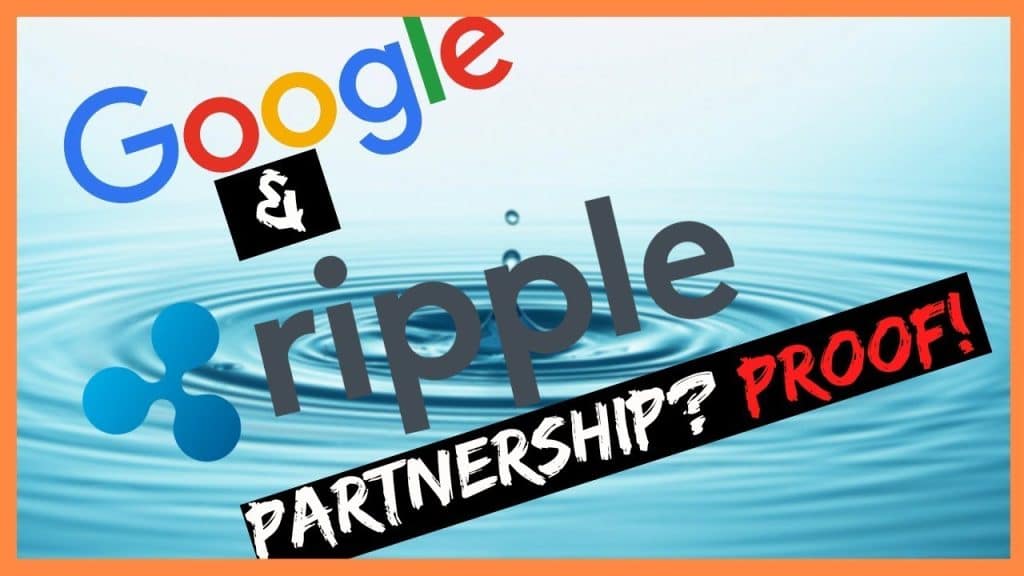 Therefore, since Google is the search first option that most remittance customers use, a Google payment platform powered by Ripple and using XRP could disrupt the world financial transfer systems in an unfathomable extent.

In fact, it is rumored that Google Pay that is mobile-based may have been facilitated by Ripple.

Another big shift we may see in Google’s ecosystem, the development of blockchain smart contracts for streamers and content creators for Google-owned ‘YouTube’, a blockchain based revenue sharing agreement between platforms and content creators. If it happens, coupled with ripple payment technology, YouTube would be the first online powerhouse to go full Blockchain.

American Express has been working with Ripple to establish its footprint in the far east starting with China. A project for developing an AMEX infrastructure that supports XRP is underway where the target market is mainly the Chinese credit market that is expected to have at least 10 billion credit cards in operation by 2020.

Additionally, AMEX is engaging Ripple to develop a non-card-based payment solution that would serve the US-British market by enabling real-time transactions.

Top Google Trends from 2018 show that “How to buy Bitcoin?” is less popular than “How to buy Ripple?”. XRP enthusiasts believe that this is not a mere coincidence as Ripple is a payment platform that can handle 1500 transactions/sec against Bitcoins 7/sec.

Additionally, Ripple does not operate on BTC’s Proof-of-work consensus that is vulnerable to 51% chances of attacks.

Further, Ripple’s technology Is better and cheaper than VISA and therefore ideal for payment use cases.

This and other reasons are making Ripple popular and it is becoming more evident that only regulation is holding the technology its native XRP Token back.