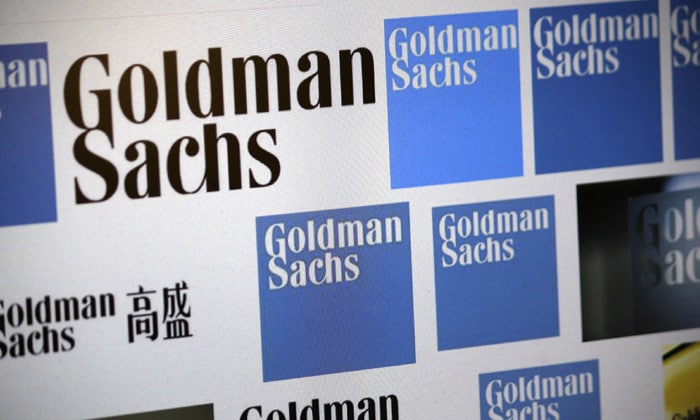 Days after news hit the media about the suspension of a Crypto trading desk by Goldman Sachs, the CFO has come out to refute the news terming it as “Fake News.” The Goldman Sachs trading desk was designed to offer over the counter crypto trading services that have the potential to make Cryptocurrencies available on a wider investors’ base.

The CFO Was Speaking In A San Francisco CA Tech Conference

The CNBC reported on this news on September 6th during a news coverage of the TechCrunch Disrupt Conference that was being convened in San Francisco. The Chief Financial Officer (CFO) Martin Chavez, when responding to questions about the latest Goldman Sachs decisions was quite blatant by referring to the information as a “premature understanding” culminating into a textbook example of “a fake news.”

He expressed his disappointment in the news media for putting him on a position that where he had to discredit the media. This is because the term “Fake News” is a political term that was popularized by the US President Donald Trump in his perpetual attack on the mainstream media for reporting negative information about him.

A report from Bloomberg News had indicated that Goldman Sachs was working towards creating a Cryptocurrency trading desk. The wall street giant was to offer the new service in the course of 2018. This news excited the Crypto markets as the over the counter trading was projected to have a potential of taking the Crypto market closer to ordinary people and institutions for convenience digital assets buying and selling.

Meanwhile, the Business Insider, quoting from unnamed inside sources reported in early September that the company was abandoning the planned service. The reasons, according to the reports was the ambiguous regulatory environment as the SEC is yet to come up with concrete policies on digital assets. The Business Insider pointed out that this factor was making institutional investors with huge portfolios to shelve crypto investments pans in the foreseeable future and hence the Crypto trading desk plan shelving.

All The News Was Ahead Of Facts

Mr. Chavez says that all the news were a gross misunderstanding and misrepresentation of facts. Firstly, Goldman Sachs has been of the opinion that the Crypto markets are not yet mature for a Crypto trading desk. He further said that the misunderstanding could have been speculations after the firm revealed a plan on “exploring digital assets”. Analysts in these newsrooms immediately connected the dots that the plan was on the pipeline.

The firm provides liquidity for the BTC options in the CME and CBOE. This fact has the potential influence the SEC to grant the BTC ETF to enable Bitcoins to be traded in conventional markets as assets/currencies.

The News devastated the market and made the BTC shed off $400 in value along with all other cryptos, eroding gains that were restoring optimism in the digital assets. It will be interesting to see the impact of Mr. Chavez’s revelation to the crypto markets in the coming days.