General Motors (GM) that is based in Detroit City Michigan, has joined the Spring Labs project according to an official press release.

This is a Blockchain technology initiative that focuses on enhancing data security for individual enterprises in pursuit of business objectives. It offers a DLT network that safeguards data from loss, third-party interception, and falsification. It also helps in facilitating data provenance through collaborative research.

According to an official press release from GM, the company aims to adopt Spring Labs Blockchain technology in its auto-finance department. This section of the company issues a car financing product to auto buyers and is among the largest in the US.

About The Blockchain Data Security Initiative

Spring Labs project is a solution that is being proffered by the Spring Founding Industry Partners (SPIF) Program. It was launched in January with the aim of ensuring that various industries have an opportunity to join a secure network that guarantees data security. Hence, GM is the latest entrant to the program. Having adopted Blockchain technology before in its internal operations, it is quite clear that the past experience with DLT was beneficial as the American Automotive giant is willing to explore the technology for further use-cases.

There are about 20 participants in the program and GM is the latest entrant.

In the press release, Mike Kanarios- the chief strategy officer at General Motors Financial unit, revealed that the Spring Labs initiative would enable the company to evolve through the innovative Blockchain technology. 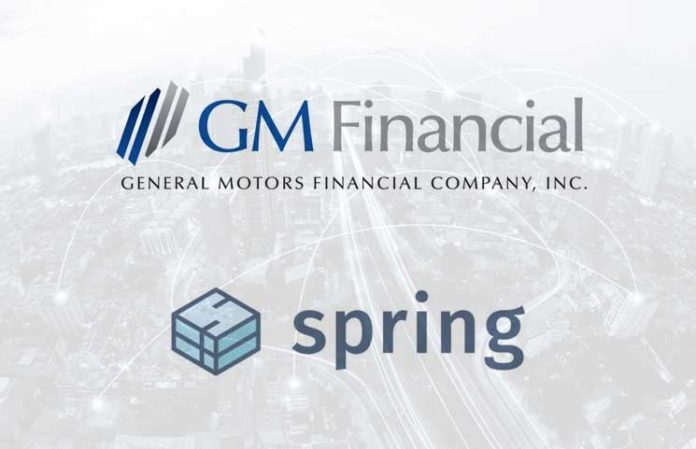 Mike adds that the Finance arm will be the target department as it has been constantly growing to meet the increasing demand for car financing services. Additionally, this arm of GM has been grappling with crippling challenges such as fraud and lapses in data provenance efficiency. The DLT solution from Spring Labs will greatly enhance fraud detection and prevention capabilities in order to protect dealers, customers and also the company from fraud.

Blockchain technology uses next-level features such as Smart Contracts, Proof of Work/Authority, and other protocols to guarantee transparency and eliminate data corruption. Its decentralized nature ensures that it is ideal for data provenance and research solutions that GM Finance arm needs.

GM May Be On A Path To Wider Blockchain Adoption

According to a Forbes report, Spring Labs’ CEO Adam Jiwan, revealed that if the trial is successful in this use case, the company would implement Blockchain in many of its Financial operations. GM is reportedly planning to specialize in the lending business and DLT is critical in the long-term mission.

In 2018, GM and other car makers launched a Blockchain association targeting the auto industry. Later in the same year, the auto company also filed for a Blockchain patent to process data for autonomous vehicles.