A study by the German Federal Government on Cryptocurrency has established that the virtual Currencies cannot affect financial stability. The findings are in contrast to the views of the traditional financial system on Cryptocurrencies, as they see them as a severe threat. Despite the discovery, the government still feels there is a need to control and regulate the sector.

Why Cryptocurrencies Are Not A Threat

The Federal Government has established that, although Cryptocurrencies have been gaining popularity recently, their transaction volume is not large enough to scare the global financial system. The current global financial system is too large, and the crypto asset transactions only represent a small portion. Nevertheless, the government says there is a need to assess the system as with the other G20 countries.

Although Cryptocurrencies have been hailed for their decentralized nature, they also come with their share of criticism. Some of these sentiments have necessitated the involvement of muscular regulatory bodies such as governments on the system. The currencies have the potential of being used in a manner that compromises security.

Cryptocurrencies are associated with activities such as money laundering, illegal revenue, and online gambling. They have also been used in terrorism. The currencies are so prevalent in these activities because they allow users to hide their details. Consequently, the participants in these illegal activities have been enjoying the financial freedom not experienced in the traditional financial system.

Cryptocurrencies are offering lucrative business opportunities to investors. Many individuals and companies are making huge profits when trading or providing services using the virtual currencies. Lack of regulations means many people are making huge profits that go untaxed. This can enhance discontent among citizens that pay taxes. Taxing the sector can act as a source of revenue to the government and help to defeat any complaints among taxpayers.

How The Government Will Address This Issue 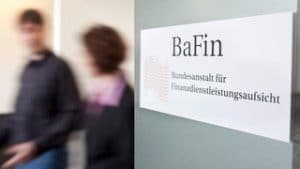 The involvement of government in Cryptocurrencies can help in addressing some of these challenges and make the world safer. The German Government, for instance, sees the importance involving the Federal Financial Supervisory Authority (BaFin) in the commercial trade of the currencies.

To further enhance the effectiveness of the various governments around the world in regulating the sector, there is a need for them to work together. The Federal Government feels that it is crucial for coordinated steps to be taken at the European and international level. It is only through this coordination that the sector can be checked.

The findings by the Federal Government are similar to those contained in an International Monetary Fund report. The report, published in April this year concluded that Cryptocurrency is not a threat to financial stability. The finding gave the same reasons as those shared by the German Government. These two studies are crucial, as they reassure those who have been afraid that Cryptocurrency will replace the current financial system any time soon.

Germany prides on having a population that knows about Cryptocurrencies. A study by a German bank, Postbank, showed that most people use the currencies for their anonymity feature and high yields. Due to the volatility of the market, there are chances of making huge gains or losses. The virtual currencies are especially popular among those in their 20s.