The German government has announced that it will have a strategic plan for the implementation of blockchain technology by mid-2019. The Bundesregierung reacted to a parliamentary request in the German parliament by members of the FDP, the German economic-liberal party.

The request posed several questions regarding the assessment of Germany‘s situation and awareness of the fin-tech sector in Germany, the EU and the world. The government answered all of these questions but had to lay open that it could not answer all of them. 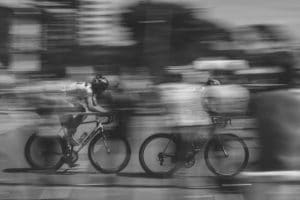 The request revealed that revenue in the fin-tech sector in Germany is much lower than in other leading global economies. With only €1,30 billion in 2018, it ranks lowest among the UK(€1,65 bn), Japan (€1,41 bn) & the USA (€8,35 bn). However, the revenues are growing at least since 2016 while revenues in the USA and the EU overall have fallen in the same period. The last request was about the German policy on blockchain. The ruling coalition of CDU & SPD had included a strategy on the implementation of blockchain technology.

New Details About the Blockchain Strategy

The government confirmed that it is working on a policy and that it will include feedback from the industry. However, it did not disclose its progress on its strategy and stated that it will not do so before consulting representatives of the industry. Previously unknown details are that both the ministry of finance and the ministry of economy and energy are working on the strategy as well as yet unnamed „resorts“ of the government. The strategy will presumably be released by mid-2019.