From Monday 10th December 2018, Gemini will be listing Bitcoin Cash’s Adjustable Blocksize Cap (BCH ABC) for Crypto market trading. It is important to take account of the fact that this Cryptocurrency has adopted the BCH symbol following its hard fork of 24th November 2018. Additionally, Gemini Crypto exchange platform will be supporting custody services for BCH in a bid to guarantee maximum security of private keys from hackers. This is according to an official announcement from the Crypto Exchange management team.

During the press release, Gemini made it clear that it is only Bitcoin Cash Adjustable Blocksize Cap (BCH ABC) platform that will be supported and not the other fork, Bitcoin Cash Santoshi Version (BCH SV). Hence, it is only BCH coin that Gemini network users will be able to trade and use custody services. Since the two platforms run on different protocols and architecture, BCH investors are advised to ensure that they do not mistakenly send Tokens to Bitcoin Cash SV Blockchain as that transaction will be rendered invalid and the payment irrecoverable.

However, Gemini revealed that there are plans to look into the possibility of introducing mechanisms for Bitcoin Cash SV support that will lead to the listing of both BCH and BCH SV. Meanwhile, as Gemini investigates the possibility, the Crypto exchange says it reserves the right to institute the plan at their own discretion. 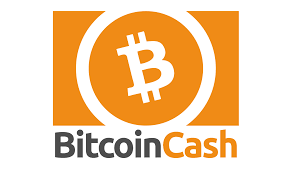 BCH ABC Has An Enhanced Throughput

From a Gemini statement, the main reason for the disagreement between the two factions led by Roger Ver on one side and Craig Wright, on the other hand, is premised on the argument of whether or not to enhance throughput power that Roger Ver’s side wanted. Hence, following the hard cap, BCH ABC is deemed to be more efficient and scalable and that is why this Crypto exchange platform is listing its Crypto Coin.

The NYFDS Has Given The Greenlight

Following a rigorous process of applications for Bitcoin Cash custody and trading services, the New York State Department of Financial Services (NYSDFS) accredited the services. Hence, customers of Gemini and other prospective BCH investors are assured that their transactions are protected and compliant to New York State Financial laws that are designed for not only the benefit of the investors but also of enterprises such as Gemini.

According to Coinmarketcap data, Gemini is the 51st largest Crypto exchange platform that prides itself as the most regulated custodial and trading platform for Cryptocurrencies. It was founded in 2014 by Tyler and Cameron Winklevoss who are Bitcoin billionaire twins. This exchange will now be supporting five digital Assets including BCH, BTC, ETH, LTC, and ZEC in 8 markets. Further, the platform has an adjusted daily trade volume of $16,689,510 per 24 hours that make it be one of the most successful globally.

There were media reports in September of plans to open up a fully-fledged Crypto exchange platform in the UK. To lay grounds for this and more plans, Gemini has hired a new MD in charge of Operations, Jeanine Hightower-Sellitto, who was the former COO of International Securities Exchange.6+51