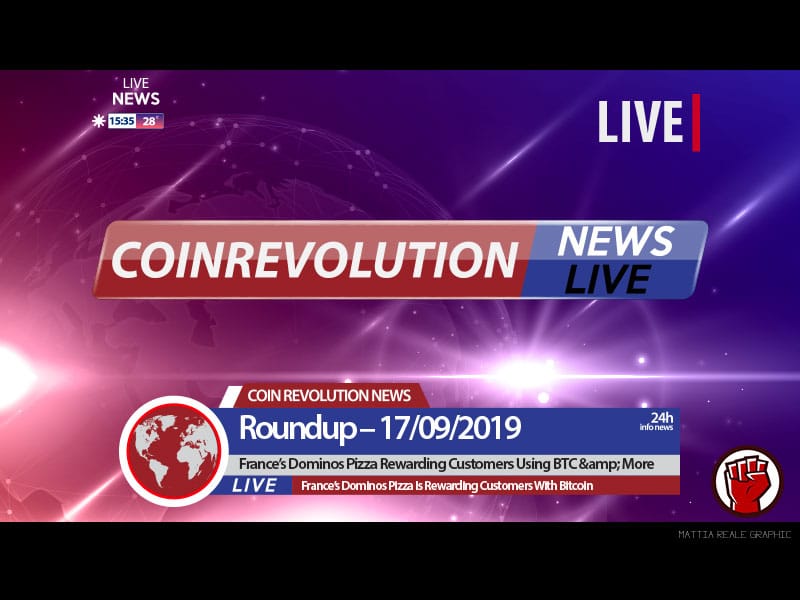 As the world turns itself upside down trying to find ways to please its customers, France’s domino’s pizza has found the perfect way; a bitcoin loyalty program for its esteemed customers. The award-winning fast food joint has pledged to dish out bitcoin worth over 100,000 euros. The move comes as domino celebrates its 30th anniversary since entering the French market. And what way to celebrate loyal customers than through bitcoin, the future of money. Online shoppers have to register their purchases to make them eligible for a draw. Everyone is eligible and winners are random. The giveaway could see more people hold on BTC as a result of the buzz created around the currency. 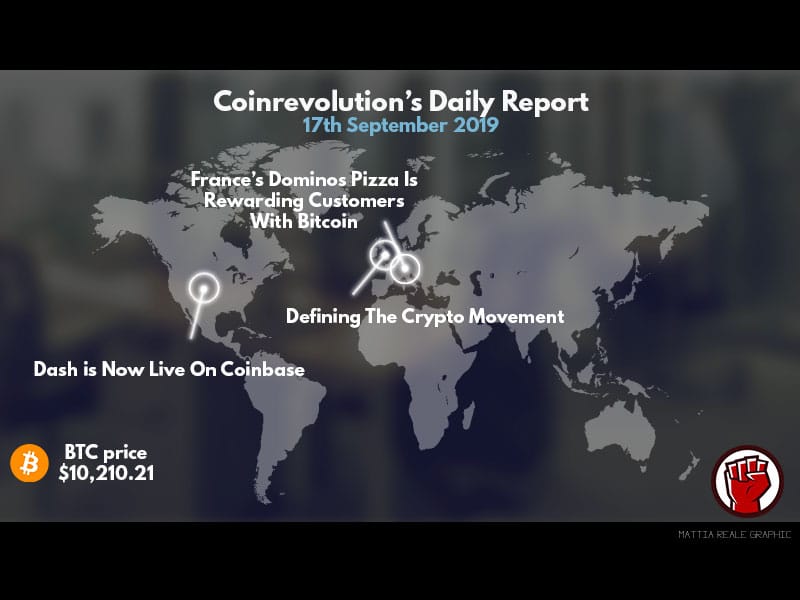 Dash is Now Live On Coinbase

Monday, 16th September was a special day for Dash as it got listed on Coinbase Pro, the second-largest crypto trading platform. Going by history, this should create bullish conditions for the coin. While investors have been urged to take into account dash’s availability on Coinbase, it’s until Tuesday 17th September when trading on the pair commences. Traders are advised that at this point, Coinbase will only be in a position to offer two market pairs; Dash/BTC and Dash/USD. Also notable are the disparities in laws governing virtual assets which only allow operation in only 102 jurisdictions. And sadly, the United Kingdom and New York will not be among the areas that dash on Coinbase will operate.

A report by the New York Times in 2018 which tied the opulent lifestyle of the crypto rich to flourishing cryptocurrencies betrayed a stereotype by which crypto enthusiasts are perceived by media organizations. There is an existing bias that judges crypto as a get rich quick investment spot. It is not the same accord given to other investment markets. The same bias was exhibited when Ripple hit over 1200% in a day. The media was rather subjective on CEO Chris Larsen rather than on the ripple network. And it sent a wrong message that only a few people benefit. Such a message fuels skepticism in cryptocurrencies and their transformative nature. But as this continues, networks as the Matic network in India, continue to foster a startup culture with its innovative means,