All over the world, merchants are increasingly turning to BTC as they seek to reward their clients through customer-centric loyalty schemes. Most Bitcoin evangelists, therefore, visualize BTC loyalty programs as one of the factors spearheading the adoption of Cryptocurrencies in the world.

The latest Bitcoin loyalty programs have been announced by Domino’s Pizza in France. The award-winning fast food eatery is pledging to dish out BTC worth 100,000 euros. Further, clients are also allowed to select Euros instead of BTC in the scheme.

The Deal Is Targeting Online Buyers

For a shopper to participate, one has to make an online purchase. Afterward, the purchase has to be registered by the respective customer to be considered in the prize draw. The winning chances are random and everyone is eligible to take part.

The competition commenced on 4th of September and speculations are already rife that the free BTC Tokens could spur market activities. On the same perspective, Forex market experts also believe that should more clients select Euros, money markets could register an increase in activities. Consequently, a bullish condition could be triggered for the Euro against other pairs such as the USD or the GBP.

Domino’s Is Marking Its 30th Anniversary

It has been 30 years since Domino’s entered the French market. Hence, the company is focused on giving back to the clients who have been loyal and supportive of its operations. And there is no better way to reward clients other than through Bitcoin which is the future of money.

Most importantly, the Pizza shop aims to transfer Bitcoin rewards for those who select the Crypto by December 16th. 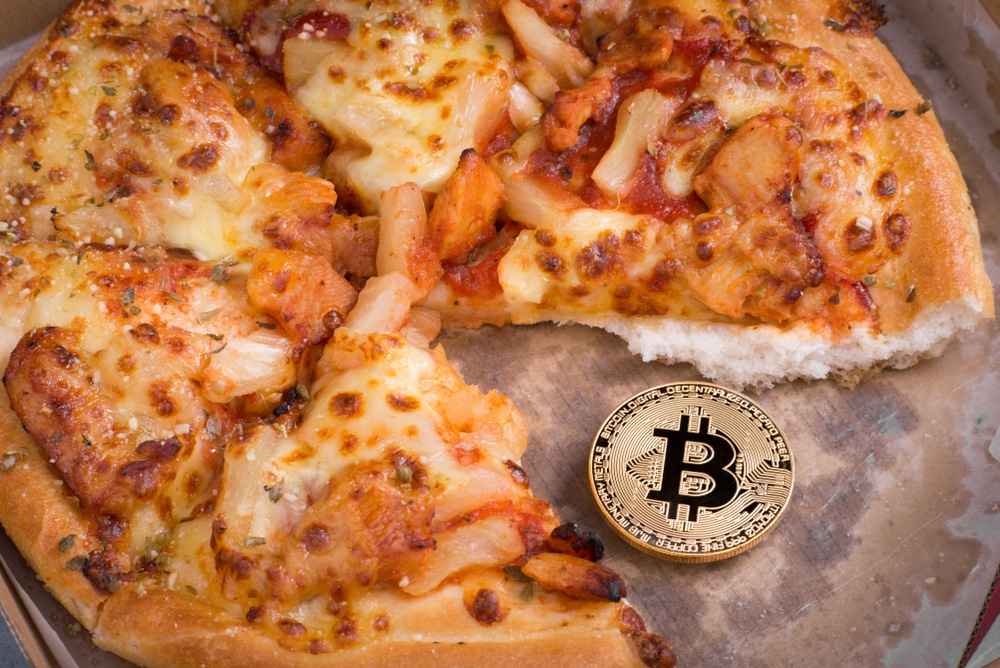 What Is The Logic Behind The BTC/EUR Giveaway?

Apart from the basic fact that France’s Domino’s Pizza is celebrating its 30th birthday in style by giving back to its clients, some commentators are reading other motives. Firstly, the company has had challenges in its online delivery scheduling algorithm that is vital to its operations. The challenge arose when the system misread addresses which created confusion and frustrations among customers.

On the second case, several European franchises have been receiving bad press due to allegations of staff underpayment. This problem persisted for months before slowly dying down.

These two issues destabilized the $10 billion business and the latest 100,000 euros giveaway in Bitcoin or Euros could be a calculated distraction.

Nonetheless, despite the allegations, this program is vital to the Crypto market and Bitcoin in particular. This is because the news could not only lead to a surge in the number of BTC hodlers but also create a buzz around Bitcoin.

On the market front, BTC is in the green having surged by 0.24% in the last 24 hours to trade at $10,361.88. Is the giveaway program sufficient enough to trigger an upswing? Only time will tell.