The major fork in August 2017 that led to the fork of BCH from BTC led to a division that favored BTC with a big majority regarding the hash power. However, there was no real “hash war” between Bitcoin and Bitcoin Cash. The hash power was indecisive in this forking process as the separation was about the fundamental issue of off-chain vs. on-chain scaling.

In contrast, the recent conflict in Bitcoin Cash is all about hash power. It is important for the Bitcoin Cash community to maintain its unity to stay competitive with Bitcoin Core. Therefore, it is speculated that the fork that finds less support will be neglected consequentially. However, this is not sure as some supporters of the different codebases could gather enough hash power to run their own chains.

Major support on both sides 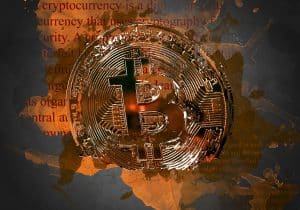 This developer team proposed some minor and some major changes to the Bitcoin Cash code with the Bitcoin SV protocol. A minor one, for example, is the way that data from outside the blockchain gets verified on the blockchain. The biggest change is the proposal that the Merkle tree data structure on the Bitcoin Cash blockchain would be changed to a Merklix tree. A data structure that combines the benefits of the  Merkle tree and the radix tree to save data more efficiently. However, this change would mean a drastic derivation from the current code. To such a degree that developers that have built their businesses, applications, and websites on top of the Bitcoin Cash blockchain would need to redevelop them.

The community of BCH has uttered a lot of allegations that nChain is trying to raise the block size cap to 128 MB. This is currently deemed unnecessary as currently only a fraction of the block size gets filled. However, nChain does not want to raise the Block size cap but rather they want to leave the decision to the miners. In theory, the changes that nChain and ABC address the same problem with similar approaches. What upsets many people in the Bitcoin Cash community is that it seems like these changes are merely for the sake of changing the protocol and do not mean any progress for Bitcoin Cash as of now. Many BCH’ers also depict this conflict as a fight for power within the community.

Conflict of interests is more substantial

Another fact that hardens the discussion is the involvement of big players in this hash war. Bitmain sides with nChain currently. The mining hardware producer has been very supportive in the early phase of Bitcoin Cash. However, Jihan Wu, the CEO of Bitmain, has a lot of skin in the game. Both as Bitmain is holding $600,000,000 USD in BCH and as it is currently the largest producer of ASIC-miners.  A new protocol would mean that Bitmain can produce new hardware. Bitmain also holds about 30% of the hash power in Bitcoin Cash. Enough to maintain its own Bitcoin fork.

But the other side is also involved in mining Bitcoin Cash and could get more heavily involved in the future. Coingeek, the medium, has a business partner called Squiremining. The hardware producer is allegedly able to build much more efficient mining hardware than Bitmain.

Will rationality win out over greed?

Many people seem to forget that there is another option in this conflict of interests. Which would be to maintain the current protocol. The safest and most rational approach right now would be to build a cryptocurrency that provides a stable form of money that does not change whenever a private party has some special interests. Needless to say, large parts of the community and many developers favor this unfortunately often forgotten option.