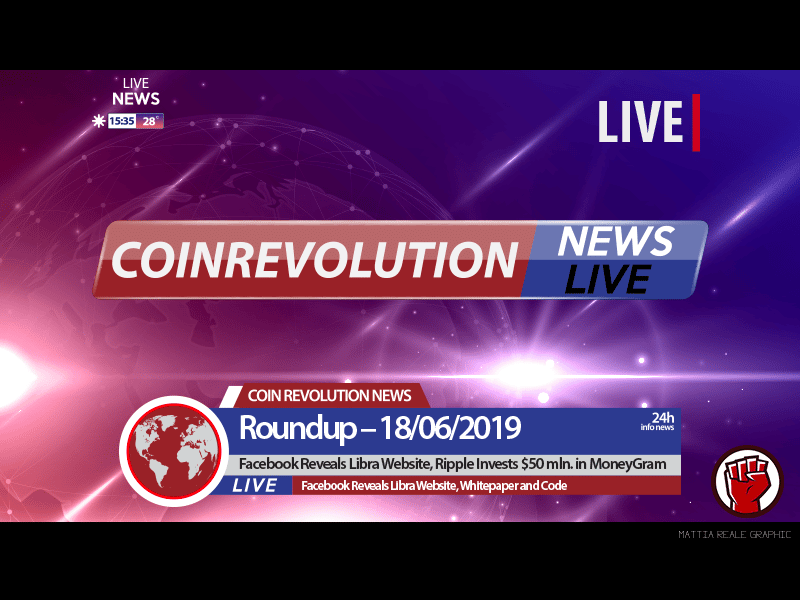 Unexpectedly, Facebook has revealed the website, the  code for its new cryptocurrency. The website for an associated subsidiary, Calibra, that will ensure the separation of social and financial data was online for a few minutes too. Currently, the website calibra.com only opens a half-baked website however. The project has been much expected in the market and is discussed controversially. While many expect the project to have a positive effect on the crypto space, others dismiss the currency as a centralized project that has nothing to do with the original concept of Bitcoin and cryptocurrencies. 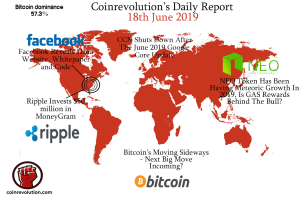 After testing the support level underneath $9000 in the last 48 hours. Bitcoin traded between the range of $9400 and $9100. We will provide you with a technical analysis soon to reassess which zones are critical for Bitcoin to the up- and the downside.

CCN Shuts Down After The June 2019 Google Core Update

CCN, a Norway-based cryptocurrency news platform shuts down after experiencing a fall in mobile traffic by 71% due to a recent update on search rankings by Google on the 3rd of June. This was confirmed by Jonas Borchgrevink, director and founder of the platform, in an official letter addressed to the media community on the site on the 10th of June 2019.

NEO Token Has Been Having Meteoric Growth In 2019, Is GAS Rewards Behind The Bull?

The Cryptocurrency market has been recovering in 2019 after a prolonged Crypto winter in 2018. Cryptocurrencies such as BTC, ETH, XRP, BNB, BCH, or XLM are the main Digital Assets that have been receiving the most attention in the Crypto rally. The Digital Coins have been bullish by breaking one level of resistance after another in weeks or even days while establishing strong levels of support.