Facebook is one of the leading social media networks in the world—so their ability to influence when it comes to cryptocurrency policy makes them a high target of interest. At one point, the Facebook policy disallowed advertisement for any time of cryptocurrencies on their site. This was done to prevent people from investing into possibly fraudulent or risky ICOs and keeping Facebook out of any lawsuits that may result from that type of scenario.

The policy is going to open the doors for some cryptocurrencies, while keeping others excluded from their advertisements. Facebook has decided that it will allow ads from bitcoin agencies that have been pre-approved, giving themselves the role of arbitrator in deciding which agencies can advertise to Facebook users.

However, even though the door is open for advertisements from pre-approved agencies, advertisements that show ICOs and binary options will still be prohibited. 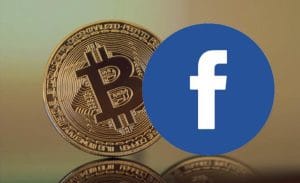 What Does a Cryptocurrency Entity Need to Be Approved?

What This Means for the Cryptocurrency Market

With this decision, Facebook has opened one of the most popular social media sites for cryptocurrency advertising—meaning that companies who are approved have the potential to reach more people than ever before. However, it could also lead to some companies getting what could be seen as an unfair advantage in advertising. For example, imagine how much impact it would have it Bitcoin were to be approved, but Ripple or Bitcoin Cash were not. They would be able to advertise on one of the largest social media networks while their competition would be shut out.

Does This Mark the Beginning of a Shifting Attitude Toward Cryptocurrency?

When Facebook initially banned ads with their cryptocurrency policy, sites like Twitter and Google were quick to follow. However, the problem is that with all these demands, it could leave some people behind in the cryptocurrency landscape. While there is no indication that a shift from physical money to digital assets is going to happen in the near future, there is potential for it to happen and those without knowledge could be left behind in this emerging technology.

Something else that comes from this new policy is the important distinction between ICOs and cryptocurrencies. Many leaders in the industry have spoken out against the risk associated with ICOs, yet they remain a good investment strategy for those who are willing to take the risk of walking away with nothing. Some of the best cryptocurrencies out there also began as ICO startups, but this does not eliminate the risk of dealing with fraudulent companies.