Established firms in the maritime industries are being urged to adapt blockchain and Artificial Intelligence to solve inefficiencies. This comes in the wake of a political standoff in the UK at the peak of Brexit. A no deal Brexit looms and investors are looking to calm down fears in the 80 billion euro industry. The report also advises investors to reconsider other investing options and diversify their portfolios. While the implementation of blockchain is vital, it comes at a time of uncertainty in the UK that makes the country unattractive as an investment destination. However its implementation in ship management services, trade facilitation and port operation could overhaul the entire industry 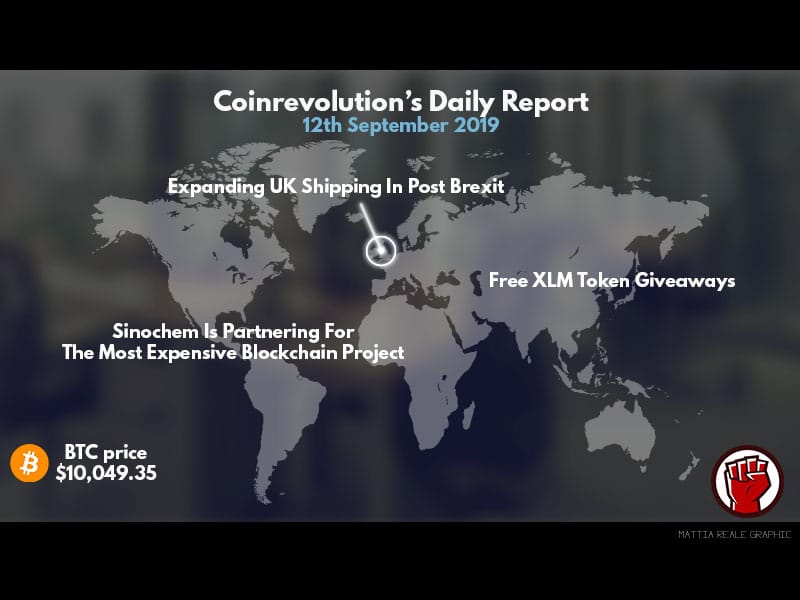 Sinochem Is Partnering For The Most Expensive Blockchain Project

Meanwhile, Sinochem Energy Technology ltd, in partnership with Macquarie group and Royal Dutch Shell is building a new blockchain platform that will revolutionize crude oil management. It is rumored that the project could cost $14.1 million. If this is true, then it could become the most expensive undertaking of a blockchain inititive. It should take blockchain to new heights. The blockchain platform, codenamed gateway is designed to reduce inefficiencies in the operation of Sinochem. Gateway will be used in hosting crude oil transactions in a hope to enhance transparency and reduce time taken on transaction verifications and audits. No timeline of launch was reported.

Stellar on the other hand is giving away free XLM tokens, $124 million in worth. The stellar development foundation calls it the largest XLM giveaway in history. The airdrop will also be supported by Keybase, a file transfer hub which has been tasked with giving away 2 billion XLM in 20 months. At the current XLM rate, the tokens are worth $124 million. SDF chief reassures that the move is still within SDF fundamental principles of operating a nonprofit, non-stock entity and an aim of revolutionizing the financial space and allowing people to own digital assets. News of the airdrop have been received positively by the masses as it price registered a 1% positive for the 12th largest cryptocurrency