Since Ethereum Classic’s 32% spike in the last week of December 2019, the digital asset is doing even much better. Back then, the ETC community was eagerly awaiting the Agartha hard fork which went on as planned.

2020 started on a high note after the successful Agartha hard fork, the price spiked to over $7.00. It was also the first time in months that prices reached these levels or crossed the psychological $10.00 resistance. The breakouts led to bulls that increased their bets on what was otherwise a dead fork.

And now, the Ethereum Classic community is once again basking in glory. The currency just hit an all-time high hash of 20.96 TH/s on the last week of January 2020. The all-time high is in the midst of a 160% growth rate that the currency has recorded in the past 30 days.

The rapid growth rate is one of the indicators that Ethereum Classic is back. Miners are now motivated more than ever in keeping the Ethereum blockchain safe as hashes spike to 20.96 TH/s. Since Sunday, the cryptocurrency has soared an average of 26%. The spike reinvigorates the ‘original Ethereum’ dream of getting in the top 10 cryptos.

Currently, Ethereum Classic is being exchanged at $12.38 USD which is a drop from $12.890 high that was broken in September 2018. The cryptocurrency is positioned at 11th on the Coinmarketcap chart. However, the bulls may extend its position uptrend with the key target being the 10th position that is currently held by Cardano (ADA).

ETC Rise To 1000X A Possibility

Ethereum Classic is projected to grow even further even as mining difficulty and hash rate increases. The projected growth will perhaps breach the multiple resistance levels of $7, $10 and $12 in less than 30 days.

Analysts have projected that ETC is on course to 1000X rise in the mid to long term and that the digital asset will hold the second-largest base layer, commanding 25%, only second to bitcoin. Several reasons have been given to back these claims. 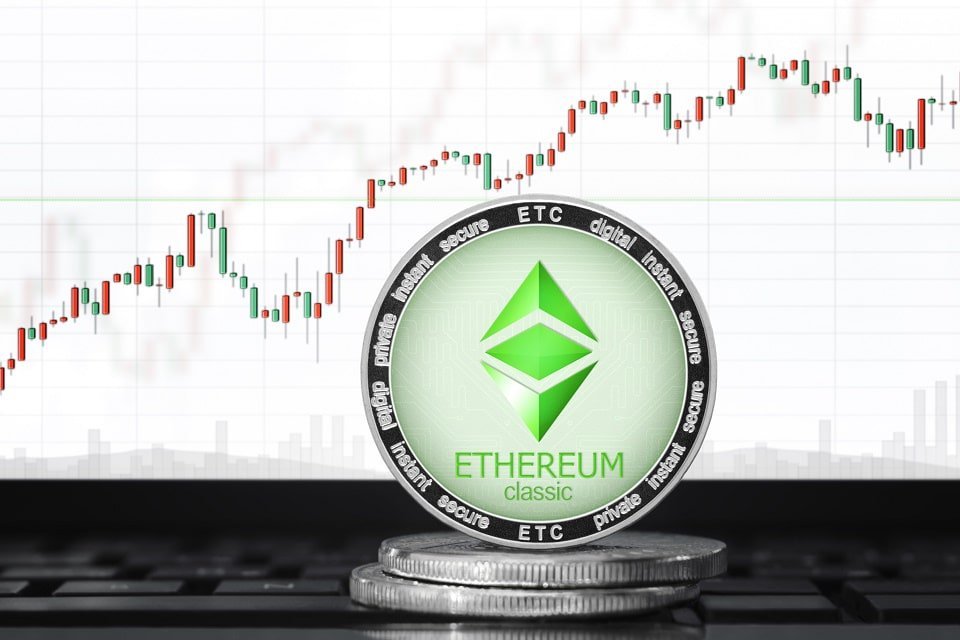 Analysts have further analyzed ETC/USD pair and observed that the pair is also on the verge of breaching a key resistance level on the weekly charts at $14.00. They have also made a conclusion that the move will likely start a bullish run towards $20 level. Backing up the claims of a bullish move is the weekly Elliot Wave Oscillator which turned green, a strong indication of a bull run.

However, traders are cautioned to exercise caution while trading on Ethereum Classic as the weekly relative strength high in the overbought, thus indicating a possible near term consolidation.