It has for long been known in the tech circles that Blockchain technology is the best option for turning private and centralized networks to open source platforms.

Additionally, it is clear that Blockchain technology is secure and can enable developers to design public systems. This can then enable users to view and verify transactions which are key aspects in trust building.

One of the technological spaces that Blockchain technology is set to revolutionize is the Domain Name System (DNS). All Internet users are familiar with the DNS since it is a network of computers that browsers use to search their online queries.

In lay terms, the DNS is the internet’s phonebook that contains all addresses that lead internet users to their preferred documents.

The Domain Name System is vulnerable to hacking where some malicious third parties can corrupt and distort information on websites. These hackers threaten the integrity of what the DNS proffers which affects trust levels in users’ browser.

These two challenges that the conventional system experiences can be solved by Blockchain technology which can turn the internet’s phone to a more trustworthy and reliable system.

When an internet user keys in a search query on the search engine of a browser, the DNS converts the words into an IP address. These addresses make it easy for the search machine to connect to the right servers that contain the information that is most relevant to the internet user. Often, the servers on the search results are listed as per their meta description and internet users can just select the metadata that appeals to their information demands.

Steven McKie, the Handshake Network developer for open-source projects, says that the best solution to preventing the cyber-attack and censorship challenges is to decentralize the DNS. 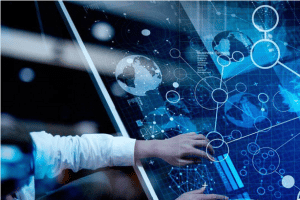 Handshake Network intends to integrate Blockchain technology on the DNS system to distribute the servers. This strategy, according to the developer, aims at reducing single points of failures or control by taking away the control of the internet book from one authority.

The software that Handshake is using is an upgrade of Bitcoin Blockchain. Its architecture is set to protect the DNS from manipulation in the same format that Bitcoin protects its Token from manipulation at the point of mining through advanced protocols.

In summary, the project, upon completion, will make browsing to be trustworthy as internet searches will be showing responses from real sources such as the Internet Corporation for Assigned Names and Numbers (ICANN) and not other impostors.