President Donald Trump may have colluded with Russia to win the 2016 US presidential election. Russians may have interfered with Brexit vote. Russians are planning to interfere with the upcoming European Union elections. Democrats have rigged the 2018 US midterm elections. Republicans are cheating in elections.

These are some of the allegations that have been raised by various parties in regard to different elections. In fact, the credibility of the democratic electoral system is in question in most parts of the world as losers are finding it hard to believe that voting processes are free of manipulation.

However, the city of Denver is set to change this narrative in its May 2019 municipal election. The capital city of the state of Colorado is using Blockchain-based mobile voting to safeguard the verifiability of the process and to simplify remote voting.

It is important to note that the Blockchain voting is in its trial phase and is not covering the entire electorate but only active-duty military, their dependents, who qualify as Denver voters, and overseas voters. These citizens will be allowed to vote through their smartphones.

Although the Municipality of Denver is the second jurisdiction in the country to adopt Blockchain-based voting after West Virginia, it is evident that the voting use-case on DLT is gaining traction.

In the case of West Virginia, the Blockchain voting platform was used in the party primaries of 2018 as well as the November 2018 midterms. The voters that were targeted were the military.

The initial case, therefore, has set a Blockchain voting precedence that US and international jurisdictions can employ to manage voting processes.

Mobile-Based Voting Has A Number Of Benefits

The project pilot is being coordinated and deployed through the concerted efforts of the National Cybersecurity Center (NCC), Tusk Philanthropies, Voatz, and the City and County of Denver. 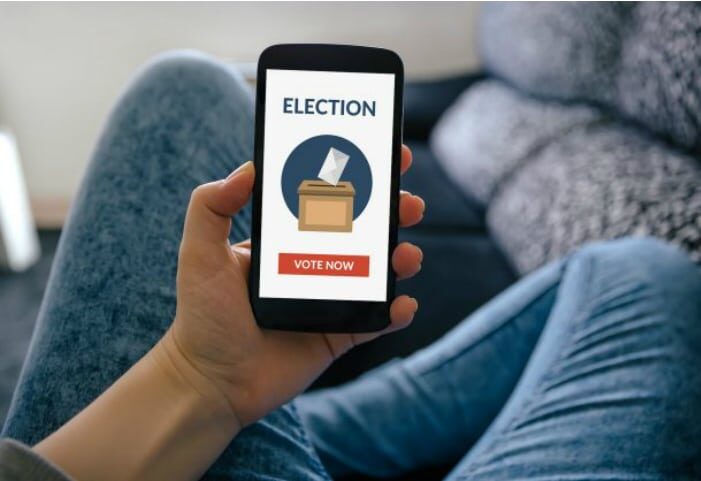 Bradley Tusk, CEO and founder of Tusk Philanthropies believes that mobile-based voting is the future of elections given the growing voter apathy and lack of faith in electoral processes. These challenges are a threat to democracy, but Blockchain technology is offering a unique opportunity for the facilitation of credible, immutable, verifiable, transparent, as well as convenient balloting.

He is further lauding the Denver Elections Division for being innovative and allowing voters an opportunity to vote electronically.

How The Voting Process Will Be Carried Out

The Denver Elections Division requires all specified eligible voters to fill an absentee ballot request. The applicants will then complete the verification and authentication step on Voatz. They can then resolve the paperwork on their devices and submit their ballot on Blockchain from March 23rd 7:00 pm to May 7th.

The system has the capacity to notify voters that their ballot has been received and correctly recorded prior to the collation and release of election results.

Voatz is a military grade security mobile elections platform that will be powered by Blockchain technology. The NCC will guarantee the integrity of the election while the Denver Elections Divisions will coordinate the process.