Conventional in-house storage enterprise solutions and cloud have been the leading platforms for storing data. However, Blockchain technology platforms are increasingly gaining popularity for holding and securing data and may soon become the primary solution for this critical enterprise need.

Distributed ledger platforms are more secure and this makes the Blockchain-based platforms to be perfect for storing data while ensuring that not a single kilobyte of data is lost. Further, DLT solutions are cheaper as well as scalable for future expansion.

FileStorm Is Leading The Revolution

FileStorm, a Chinese data company is being marketed as a pioneer Interplanetary File Storage (IPFS) platform that is based on blockchain.

The IPFS is a peer to peer distributed file storage protocol. The ecosystem is managed from different computers at the same time which makes the storage to be hardy. The role of Blockchain serves to offer transactional indexing to manage the files.

The data files that the solution offers to store will be distributed in the IPFS ecosystem. The transactional data include video files, music files, document files, and more.

The Role Of Blockchain In Data Storage

According to Raymond Fu, chief product officer of MOAC and also the founder of FileStorm, Blockchain can store transactions to time infinity and the data is immutable. This fact makes DLT-based data trustworthy and reliable in the long run.

However, he adds that Blocks in DLT systems can only be used to store small transactional data as opposed to large data files. Nonetheless, the large data files can be split and stores to fit the Blockchain specifications. 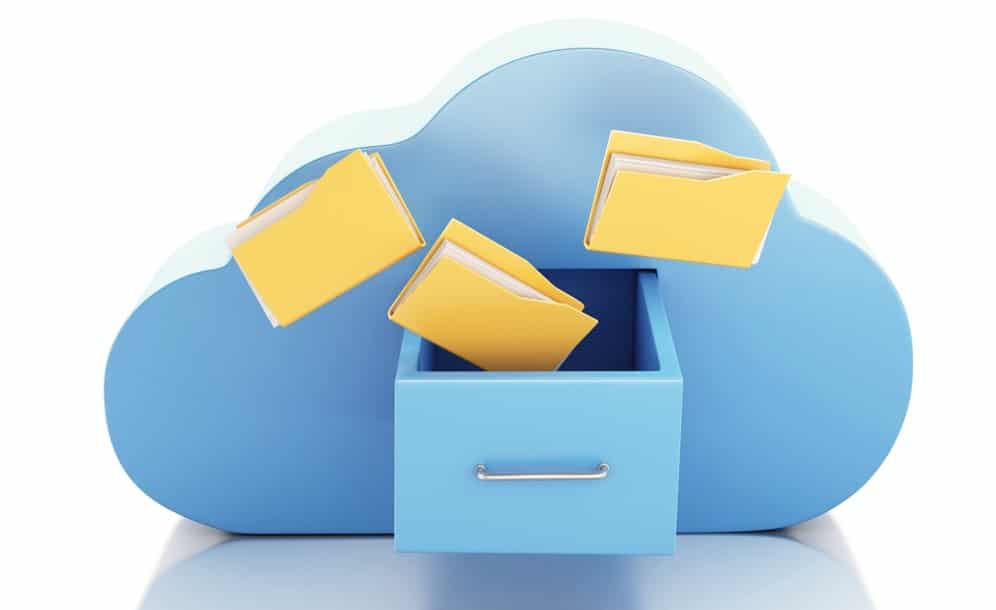 Another Blockchain known as YottaChain is offering a different business model that is not IPFS-based. The solution is touted as better than what FileStorm since it performs post-encryption deduplication.

From the YottaChain official website, the data storage on the platform is “10,000 times” more secure than conventional centralized storages because redundant data that could be duplicated is eliminated.

A projection shows that DLT is set to disrupt data storage. The transformation will be driven by key advantages such as security and privacy. This is primarily because it is harder to infiltrate and hack a DLT-based system because decentralization spreads data around nodes. This makes it hard for even participating nodes to view a complete data set because of the distribution.

The distribution of data sets is done through a process called sharding that breaks data and spreads nodes. Sharding is then secured in keys to conceal information on the nodes.

The ecosystem can also incorporate native or other supported Coins to award users and also to charge clients in need of storage.

Further, there is always a risk of loss of data, this can, however, be solved by duplication of data through storing the same file in multiple ends for error correction.

Square Tech (Shenzhen) Co., is a company that intends to build data centers to monitor its DLT nodes in real time. This model can be adopted by other Blockchain data storage providers to completely revolutionize the sub-industry and lead to the expected switch from conventional data storage systems to Blockchain-based platforms.