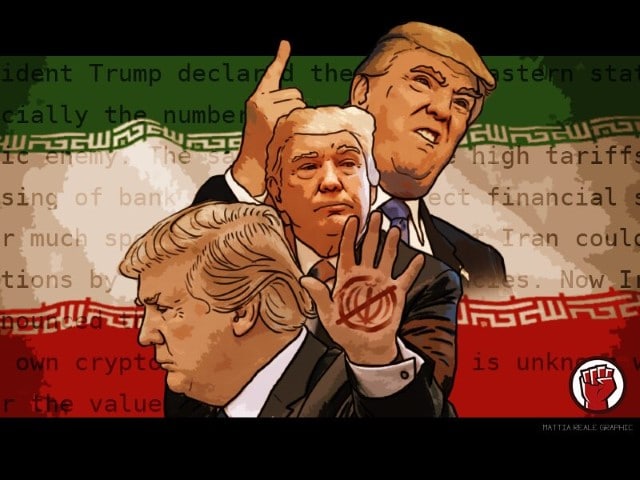 Iran works on its own cryptocurrency

The USA continues to sanction Iran. President Trump declared the middle eastern state officially the number one public enemy. The sanctions include high tariffs, the closing of bank accounts and direct financial sanctions. After much speculation whether or not Iran could circumvent these sanctions by relying on cryptocurrencies. Now Iran officially announced that it will have its own cryptocurrency. So far, it is unknown whether Iran will cover the value of this cryptocurrency with oil like the Venezuelan Petro or if it will peg it to Iran’s Rial.

The Envion AG raised about $100 million USD in its ICO. The Finma announced its investigation today. The founders are accused of creating additional tokens in order to enrich themselves.  However, the Finma is still investigating and will not reveal any details before finishing its investigation. Envion is the first crypto startup that is investigated by the Finma in this fashion.

Venezuela will peg its new Fiat currency to Petro

Lately, Venezuela has made headlines with inflation rates as high as 25,000% in 2017 and 40,000% in 2018. Some days ago the IMF warned that Venezuela’s inflation could hit an unbelievably high inflation rate of 1,000,000%. A huge display of incompetence and the failure of socialist policies. However, Venezuela announced a counter measure today. Reacting to the crypto hype, the government plans to release a new currency that will be pegged to the Petro. Recently, cryptocurrencies gained widely in popularity in Venezuela. The socialist regime obviously tries to hit two birds with one stone.

Buy Antiguan citizenship with only 12 BTC

You can now buy the Antiguan citizenship with cryptocurrencies. The price is $100,000 USD which converts to about 12 BTC at the current rate. This model is called an investment citizenship and is not only offered by Antigua and Barbados but also by St. Kitts and Nevis. Carribean states hope to attract financially strong citizens through this policy. Comparably, taxes are much lower in these countries. Roger Ver is one prominent example in the crypto space who bought the citizenship of St. Kitts and Nevis.