A Canadian company, Heatmine, is testing solutions of producing energy by harvesting heat from computers used for mining Cryptocurrencies.

A large number of researchers have found out that mining of Cryptocurrencies generates and consumes an immense amount of heat that can indirectly contribute to global warming. This can occur when the demand from miners overwhelms power grid and prompts electricity distribution companies to burn more fossils or use more environmentally harmful means of power creation to generate enough power to meet demand.

Heatmine, through its solution, will be using the heat from these computers to warm buildings and inside spaces. The efficiency of the methodology is so expansive that engineers and the team assure the public and green energy ambassadors that heating costs could be reduced by rates of at least 75% to 100%.

A Heatmine Unit Is Very Efficient

During a test in 2018, the firm was able to harness heat from Cryptocurrency mining computers through its hardware units and could then power greenhouses and churches in Quebec for free. This marks a success in an undertaking that is timely especially as concerns of Crypto mining contribution to greenhouse gasses emissions starts to take the center stage and attention of climate change activists.

The efficiency of a unit of the Heatmine outfit is so great such that it can heat a 300 square meter of floor space for 24 hours. To the units can also be connected to water heating systems in homes or public spaces to offer relief from the rising costs of electricity bills and the surging demand. 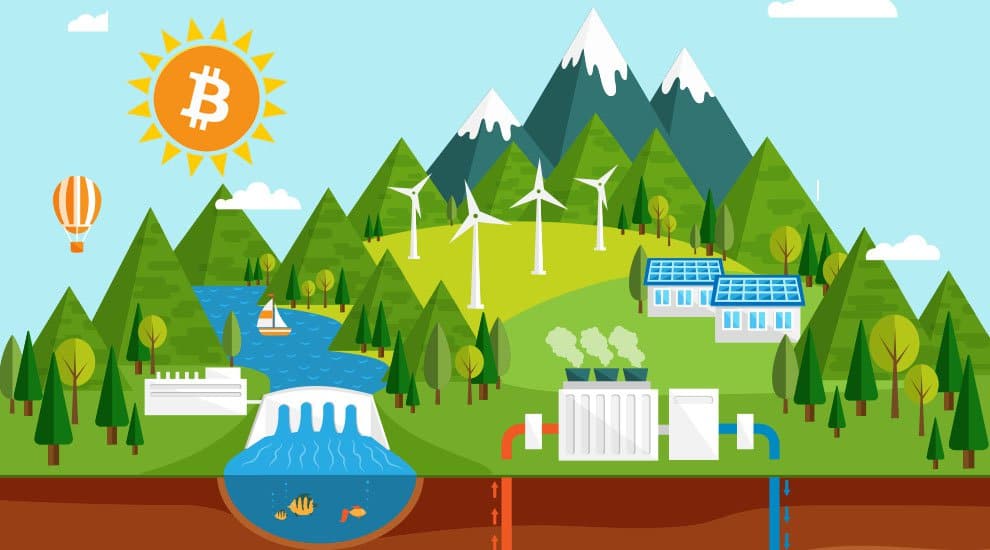 Heat Tapping Will Be The New Source Of Energy Production

Heatmine CEO Jonathan Forte says that it is a high time that the heat that miners produce on of 24/7 basis from CPU processors and GPU cores to be put to good use. Hence, the new solution will greatly expand the electric heat market. This will be done on localized units where the production can be directed to not only heating applications but also powering additional Crypto mining operations.

Cryptocurrency Mining Has Been Attacked By Green Energy Activists

Paris Agreement 2015 requires signatory countries to undertake initiatives that aim to reduce greenhouse gas emissions. In a report titled as ‘Decarbonizing Bitcoin’, the analysis in the paper gives a detailed explanation of how Cryptocurrency mining and other Blockchain operations have a power-intensive design that supports transaction verification process. For this reason, environmentalists have been calling for energy efficient mining of Digital Assets, a move that some chip producers such as Bitmain have embraced by developing power-saving mining chips. However, the criticism is set to be toned down if the Heatmine units are adapted by miners.

The Development Coincides With The Katowice Climate Change Conference

From 3rd to 14th December, there will be a conference on climate change in Katowice, Poland. It intends to reaffirm the Paris Agreement declarations that have been greatly weakened following the withdrawal of President Donald Trump. While addressing delegates at the opening ceremony, the UN Secretary General-Antonio Guterres- warned the world leaders that if they continue to ignore the risks of climate change, the world may be submerged by rising oceans, among other disasters. Heatmine is, however, playing its part of ensuring that the world is a better place in the future.