As the number of companies offering ICO investments has grown, so has the demand from people who want information on the best companies to secure their investments. McAfee earned respect in the community for his insights—but he reports that he will not promote ICO companies using his Twitter account any longer.

In his official tweet, McAfee stated, “Due to SEC threats, I am no longer working with ICOs nor am I recommending them, and those doing ICOs can all look forward to arrest. It is unjust but it is reality. I am writing an article on an equivalent alternative to ICOs which the SEC cannot touch. Please have Patience.” 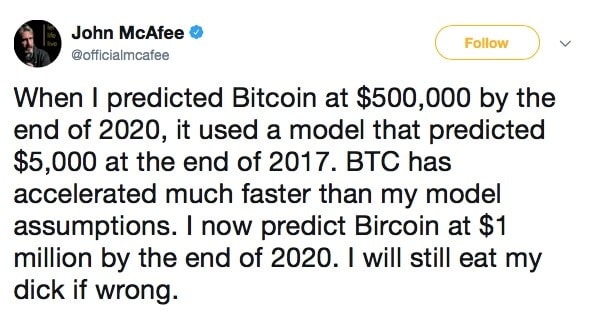 McAfee’s official Twitter account became famous for giving information on which ICOs to invest in. ICOs, or initial coin offerings are companies offering investment using blockchain technology. Even though there is a high-risk of investing, there is also a high level of reward for people who choose the right companies to invest their money with.

McAfee had earned a reputation for suggesting ICOs that have done well—in most cases. He found himself in hot water after one of the ICOs he endorsed was accused of plagiarizing the whitepaper and website content from a project that already existed.

Many of the companies that he had endorsed paid him—as much as $500,000 for each Tweet and an additional $100,000 for promoting them in replies. This was great for spreading news about their ICO—and McAfee has reported that the return company’s experience afterward is an average of $3 million, an impressive 600% return on their investment. 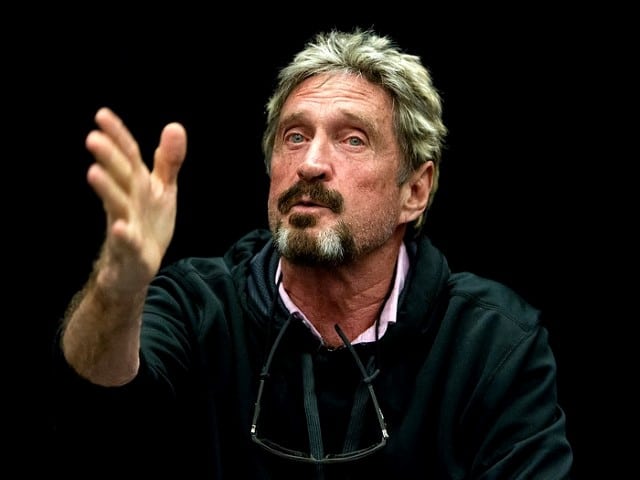 What Did the SEC Decide About ICOs?

McAfee’s withdraw from the ICO world came quickly after the SEC started cracking down on these investments. The SEC (Securities Exchange Commission) is responsible for sharing information about investment professionals and companies, to help investors make confident decisions about their money. This has the aim of promoting fairness in investment markets like ICO and protecting those who chose to invest in it.

Recently, the SEC has started to crackdown on ICO start-ups, determined to protect investors from those that are potential pitfalls. They reported their solution to the CNN—warning celebrities about the possible enforcement of actions against ICOs. As the ICO market is highly risky, their peaked interest in the industry has deterred celebrities like McAfee from endorsing ICOs. Some of the actions they take would affect disclosure for endorsements that companies pay for, promotion of fraudulent ICOs, and other violations.

As with all things, people who are truly driven to be leaders in their industry, like McAfee, there will be other markets for people to invest in. McAfee himself has promised his followers that he was working an article on the latest alternative to ICOs that uses the same blockchain technology, thus allowing them to invest in a similar, but ‘better’ market. This is a blockchain project called Docademic—which McAfee has recently announced on his Twitter feed.