Apple’s App store is known for its many gaming and non-gaming applications that run into millions. The mobile-tech giant company has updated its App Store Review Guideline and prohibited the running of unrelated background processes by any app along with the other third-party advertisements.

Details Of The Update

Under the new changes, mining Cryptocurrencies directly using Apple apps is not allowed. This means apps that mine Cryptocurrencies in their background processes will be banned. Cryptocurrency mining will only be in the cloud or other avenues that are allowed.

Apps that enhance transactions and/or transmission of the Cryptocurrencies will not be banned. However, such apps must be running on an approved exchange. They must also be provided by the exchange itself.

IPhone and iPad apps for Initial Coin Offerings (“ICO”) will continue running. Nevertheless, they must be developed by established and approved securities firms, financial institutions, and Futures Commission Merchants (“FCM”).

No app will be allowed to offer Cryptocurrencies as a reward to its users. Previously, users could earn the currencies for downloading, sharing, accomplishing some tasks, or even promoting the apps on social media. Any app found engaging in such activities will be banned from the platform.

The Relationship Between Apple And Cryptocurrencies

Apple’s App Store is not considered as friendly to Cryptocurrencies as its rival, Google Play. On several occasions, the company has restricted the use of Cryptocurrencies on its platform. However, the recent move is seen as the harshest one, however.

In 2014, for instance, Apple deleted all Bitcoin-related apps. Coinbase and other Cryptocurrency-linked apps experienced the shock. The apps were later returned and Coinbase became the #1 app in Apple’s App Store in 2017.

Another crypto mining app that was once banned by Apple is Calendar 2. The app was mining Monero Cryptocurrency on its customers’ computers and giving them access to premium features. However, an error on the system sometime back caused continuous mining. The app was deleted but reinstated later.

Apple co-founder, Steve Wozniak has also once been a victim of Cryptocurrency hackers. At the beginning of this year, he lost Bitcoins worth around $75,000.

What’s Next For Cryptocurrencies And Apple Users? 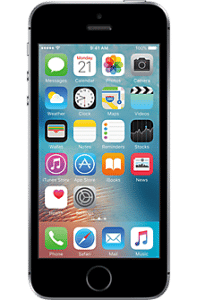 Apple’s decision to restrict the use of Cryptocurrencies in its apps will have a major impact on the current apps on the platform. The app developers will have to ensure they comply with the new regulations if they want to be available on Apple Play Store. Those developing apps to be used in Apple have to adhere to these new changes.

Many apps have been relying on the Cryptocurrencies to promote their products. The recent developments mean such apps will have to adopt other marketing strategies. They have to enhance their quality to share that more users embrace them, not because of the reward but because of their value.