When bitcoin was created, a secret key was implemented that activates an alert system. This alert system sent out text warnings to people responsible for the software, letting them know that the security of their funds may be at risk. After two years of waiting, that key is finally close to being released to the public.

The Reveal was Discussed Two Years Ago

Bryan Bishop, a major contributor to Bitcoin Core, has been patiently awaiting the reveal. Even though this key was discontinued for use in 2016, not all cryptocurrency companies have stayed up-to-date with their systems. This poses a problem, since the alert could possibly be used for malicious purposes. 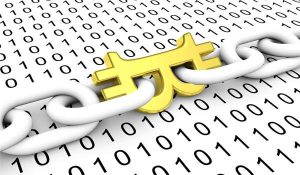 If Its Obsolete, Why Release the Information Now?

The information about the key is being released as the final step to making it completely obsolete. Currently, there is risk of the people who hold the key being extorted for the information. The information is due to be released in the future—while the exact date has not been confirmed, Bishop has indicated that it might become public in early July.

Why Was the Alert Discontinued?

The general knowledge about the alert was that there were key players in the cryptocurrency field that had access to the key. These people could send out warnings in the event of security breaches. Unfortunately, there was a lot of confusion about the way that the key worked and what these security alerts meant.

The key was also discontinued because it did not provide effective security, nor provide the services that people expected from it. For example, a Bloq staffer once wanted the key to change the mining difficulty on their network, while the developer of BitcoinJ wanted to control fees. However, the key could not do either of these things.

The risk comes with the key falling into the wrong hands. It is a universal key that can be used across all Bitcoin platforms, but using it could cause mass panic. 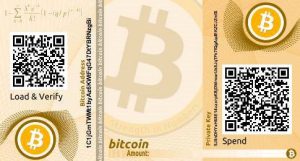 Why the Long Wait?

Not all cryptocurrencies have been updated in the recent years, which leaves a potential danger for altcoins after the public release of the key. Bishop has turned to Twitter and other forms of social media to reach out to these companies and to spread information about the changes that are being made. They are at risk because new Bitcoin code was released in 2017 and companies using the old code may find hackers using the key to create mass panic about their systems.

Another fellow Bitcoin Core contributor, Greg Maxwell, has also sent emails as early as 2016, warning companies of the change. He also made the commitment to search through the codebases, looking for cryptocurrencies that are still using the alert key code. Then, he worked to notify these companies so they could remove this code.

Though the information has not been released yet, Bishop has noted this has been a long time coming simply because of ‘vulnerabilities’ that exist for those who know the code. He reported that these will be disclosed along with the public release of the key, when the time comes.