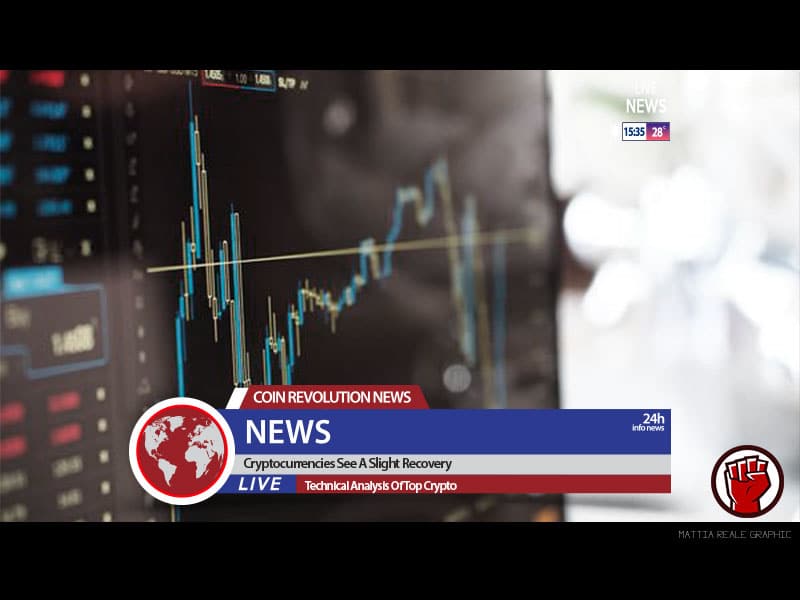 After a weekend of sideways movement, cryptocurrencies began the week on a positive note. After another sharp selloff, Bitcoin still struggles to keep a positive side. On the other hand, ripple is taking advantage of the bad news of its rival, Libra. Tron, Atom, Ethereum, and Litecoin follow cautiously.

Market capitalization stands at $225 billion while the 24-hour volume at $22.24 billion. Bitcoin still dominates the industry at 66.48%.

Bitcoin has moved mostly sideways during the weekend, although on Sunday evening, it commenced a recovery ending in a sharp selloff. This pushed Bitcoin to its current support level of $8250.

The MACD is falling while the price is on the lower side of the Bollinger. Considering that and the recent selloff on higher than usual volume, it’s safe to say that the sellers still dominate bitcoin.

As earlier put, Ripple enjoys Libra’s difficulties. The coin has followed its 50 period MA path and is successful in piercing the $0.28 resistance. Ripple’s price may be overbought. An increment in momentum will surely drive the price to test the $0.30 level.

Ethereum, on the other hand, is moving in a range between $176 and $186. This is after a sharp drop that came after the rejection of the $196 level. Investors should wait and see how the range will resolve before any action.

A sharp selloff made on Friday contributes to the case of a downside. On the other hand, the case for the upside can be explained by the fact that the price is still above the ascending trend line, and the area of its previous highs holds Ethereum.

The Atom coin moves on a bullish trend. Its price is above the 60 and 100 periods moving averages. After the breaking of the triangular formation to the upside, the price is moving at just above 2.98. This starts another leg up marked by the Bollinger bands’ volatility increment. MACD confirms this. The next resistance level target is the psychological $3 level.

The Securities Exchange Commission has stopped the 1.7 billion GRAM token offering. Cointelegraph reports that SEC has filed an emergency action and limiting order against two offshore companies. Allegations are that the tokens were unlawfully sold. This makes it impossible for US investors to acquire GRAM.

On the other hand, Zuckerberg is set to testify before Congress in regard to the Libra project. The scheduled date for his testimony in front of the House of Representatives’ financial committee is October 23rd.