French economist Benoit Coeure who is also an Executive board member of the European Central Bank believes that fiat currencies issued remain a backbone to digital assets. In an interview with CNBC Asia, Mr. Coeure added that they would be part of the backstop to ensure the stability of the system.

Digital currencies remain in a regulatory grey zone. If they are recognized as investment options, they would be regulated the same as mutual funds and ETFs. On the other hand, if digital assets are treated as payments by regulators, then they would be treated as such.

In the interview with CNBC, Coeure emphasized the availability of fiat as a requisite for maintaining the stability of the financial system. In the same regards, Coeure added that central bank currencies will be needed to evolve either by tokenization, taking different forms or any other way for them to remain core to the system.

The Swedish Riksbank announced on Wednesday that it had begun testing e-krona. This pushes Sweden a step closer to the creation of world-first digital currency.

According to Riksbank, upon circulation, the e-krona could stimulate everyday banking activities including deposits, payments, and withdrawals from digital wallets apps on smartphones.

Sweden is not the only country assessing the viability of digital currency. At the beginning of the year, it had joined forces with, central banks of Britain, Japan, eurozone, and Switzerland in assessing the issuing of CBDCs.

CBDCs are forms of traditional money but in digital form. In contrast with cryptocurrencies which are produced as a result of complex math puzzles governed by disparate online communities, CBDCs are issued and governed by the central bank. 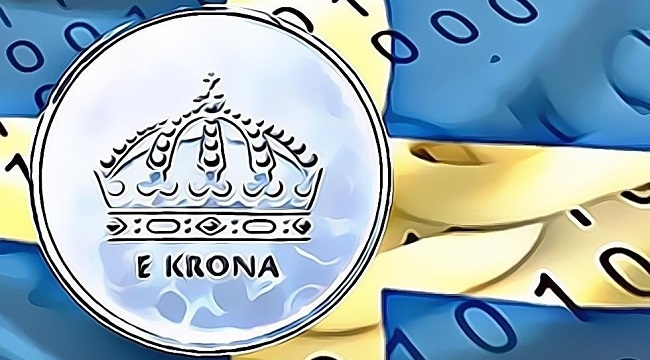 The country is one of the least cash-dependent countries in the world. Riksbank data shows that only 1% of Swedish GDP existed in banknotes in 2018 compared to 11% in the eurozone, 8% in the US and 4% in Britain.

According to Riksbank, payment via e-krona will be as easy as sending a text. The Swedish central bank has confirmed that the e-krona is being developed by consulting firm Accenture.