Cryptocurrencies are revolutionizing the financial sector and becoming more practical. In recent times, the virtual currencies have helped in giving a real estate solution. Blockchain technology has been hailed for making the modern world more accessible.

The Use Of Cryptocurrencies In Real Estate

It is said that a house in the US costs less in Bitcoin every year. An article published in Forbes Magazine valued the homes at less than 20 Bitcoins. Although the current Bitcoin price is incomparable to that recorded towards the end of last year, it is still more valuable than it was a few years ago.

Many property listings are posting their houses for sale in US dollars and equivalent Bitcoins. Many people who have bought and sold their homes in Bitcoins in recent times and that number keeps increasing every day.

Why Cryptocurrencies Are Becoming Popular In The Industry

Blockchain technology is associated with various benefits such as smart contract and clarity of ownership among others. The global economic system has experienced robust modernization, thanks to this technology. The technology is providing the much-needed security in the sector.

Blockchain technology has become a crucial financial ledger. Moreover, it is being used extensively in handling data in big companies. The technology supports various applications that are easily programmable making it easy to use even in sectors with stringent legal requirements such as the real estate. Combined with its security feature, the technology has emerged as a blessing to the real estate industry.

Real estate markets heavily rely on clear ownership. The use of credit ledgers do not help in revealing more details about ownership. On the hand, digital ledgers are transparent and immutable hence easier to verify.

Some blockchain technologies are decentralized. This allows the owners to store and control their asset’s information. The role of verifying and affirming the ownership is left to the trading parties and not a central authority as it is with the old system.

Cryptocurrencies Allow By-Passing Of Some Hurdles

Unlike Cryptocurrencies, traditional currencies and methods of doing business are cumbersome and time-consuming. The financial and real estate sector operates in areas with excessive regulation. Transactions in these two industries are among the most challenging to complete.

It is not easy to use Cryptocurrencies in real estate as it appears. Developers are using them as securities and allowing them to compete with the other financial markets. They have given stiff competition to markets such as Wall Street.

Players In The Crypto Reality 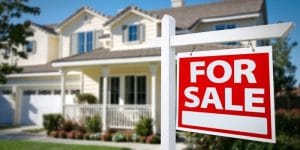 The use of Cryptocurrencies in real estate has provided an opportunity for other players in the sector. Websites such as Open Listing have emerged to assist buyers in finding properties priced in Cryptocurrencies. Many companies have embraced the use of the currencies in their operations.

Some of the companies that have shown an interest in developing Cryptocurrencies for the sector include CryptoProperties (CPROP), Evareium, and Slice Market. In places like Florida, New York, and Texas, there are realtors who are already accepting Cryptocurrencies.