Why Crypto has become of National Interest in Switzerland 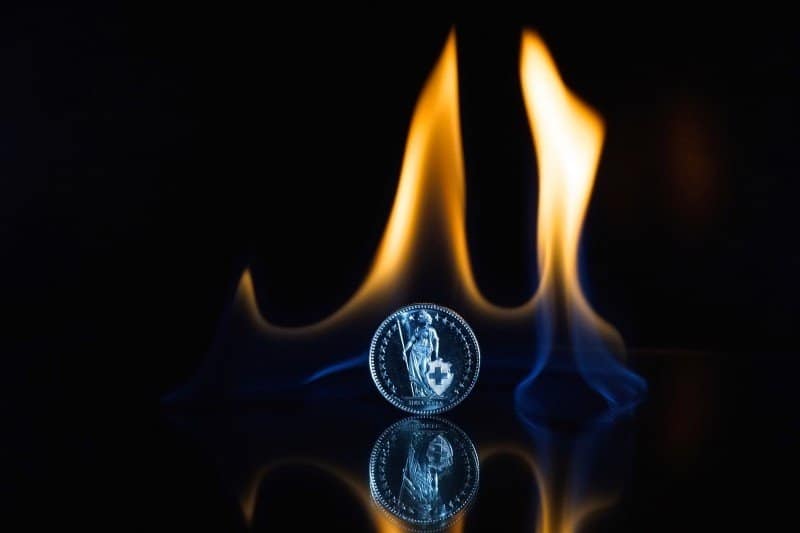 The economy minister of Switzerland has called his country a ‘crypto nation’ and set out the goal to become the ‘blockchain capital of the world’. To support and host the emerging crypto and blockchain sector has become of national interest in Switzerland. To understand this decision we have to understand the role of the Swiss financial sector, its role for the economy and its development throughout the last decade.

The role of the Swiss finance sector for its economy

Switzerland is known as one of the richest countries in Europe and even of the world. That is despite the country being relatively poor on resources and having an infrastructure that is expensive to maintain. As a consequence, the Swiss economy relies heavily on a strong financial sector. But the financial industry is usually overestimated as it makes up for only 4,8% of Switzerland’s gross value added. Still, as in any industrialized country, the financial industry plays a key role to finance the overall economy.

A good indicator of the success of the Swiss economy is its innovativeness. And so far the country is successful in being the most innovative country in the world. As the country is leading the rankings of the Global Innovation Index now for six consecutive years. The banks of Switzerland ensure the capital accumulation that is necessary to fund the Swiss economy and to ensure the realization of new ideas.

Swiss banks still have not recovered from the financial crisis

But the Swiss banking sector is not doing too well ever since the financial crisis started in 2008/09. Until today, private banks have not reached the gross value added that they had before the crisis. In fact, the consequences of the crisis even led to a shrinking of the Swiss financial sector that continues until today. The policy of negative interest rates by the Federal Reserve Bank and the European Central Bank that was also adopted by the Swiss Central Bank proved to have created a difficult environment for the Swiss finance sector. Investors, of course, withdrew their funds as they did not want to pay fees. The Swiss financial sector has to reinvent itself. A topic closely related to the recent development of Switzerland’s domestic currency: the Swiss Franc.

Surrounded by the European Union and housing several global players in its own little country, Switzerland is mostly dealing in foreign currencies. The EU is naturally the most important trading partner of Switzerland. Therefore, the Euro and the US-Dollar have both a huge impact on the Swiss economy. In fact, the Euro is so important for the export economy of Switzerland that the country pegged the Franc to the Euro at a rate of 1 = 1.20 from 2011 on.

Swiss National Bank (SNB) officials felt it was necessary to support their economy. Investors all over the world saw the Swiss Franc as a safe haven which meant that the value of the Franc rose steadily while the value of the trading currencies fell. However, this led to distortions in the Swiss economy as the the Euro was plummeting heavily against the Dollar. Therefore, the SNB decided to cancel the peg in 2015. In return, this led to turmoil in the global forex market and consequentially in the Swiss finance sector. Ever since that time, the Swiss finance sector has grown an understandable skepticism of its own central bank and even of the central banking system in general.

As a consequence of all this, it makes sense from a strategic perspective that Switzerland is embracing the blockchain and crypto technology. This is why the Economics minister of Switzerland, Johann Schneider-Ammann, called Switzerland a ‘crypto nation’ and set out the goal to become the ‘blockchain capital of the world’. It seemed for quite some time now that the banking sector is largely not collaborating in this goal. As many traditional banks view cryptocurrencies and crypto projects as competition. However, the Swiss banking sector has realized that crypto and blockchain are a chance to renovate itself. Instead of trying to impede their adoption, they are trying now to cooperate with them. As e.g. the new guidelines by the Swiss Banking Association (SBA) show. The Swiss banking sector is aiming to fill the new niches that this technology has created. A strategy that seems viable both short- and long-term.