Crypto Mining No Longer As Profitable As Before

Crypto mining is a reserve for only the most highly active players in the Cryptocurrency world. Mining is a kind of reward that a given Blockchain pays some people to maintain it, together with its integrity and records. Those who participate in this activity are called ‘miners.’ They are paid in the Blockchain’s coins.

For instance, for now, Bitcoin is paying out 12.5 coins for every block that the ‘miner’ solves the puzzle needed to unlock the job. The miner also earns transaction fees within that block record, thereby adding to his or her gain. One of the greatest challenges associated with Crypto mining is the high power consumption which leads to increase in electricity bills.

Mining Rewards Are Not Stable

Mining rewards that are given in the form of coins of a given Blockchain and are supposed to be somehow stable. However, the rewards are not stable at all as they fluctuate in various directions. Bitcoin ensures that the effort required in the creation of a block changes with the effort used to chase new coins.

Coins Rewarded To The Miners Reduce With Time

After the creation of various blocks, Blockchain calculates another puzzle hurdle of the effort required to create a block. This process is called mining difficulty. The amounts that the miners are given also changes over time. For instance, Bitcoin halves the coins given in a block periodically.

Don’t Base Mining Reward In Altcoins

It is tricky to quantify the real ‘mining reward’ that you will get as a miner. However, you should not denominate your reward in BTC or any other altcoin but fiat currency. Mining reward depends on the coin’s market price and the strength of your mining rigs. When a given Cryptocurrency is trading at high prices, your mining reward will increase while a decrease in the price of the currency reduces your profit. Sometimes, mining can become unprofitable especially when the Crypto market slumps.

Why Mining Is Important

Thousands of miners make up the mining pool market. They sell their equipment’s processing power (hash rate). Buyers are mainly individuals willing to covert their fiat money to altcoins outside of an exchange. Although exchanges are important providers of Cryptocurrencies, sometimes they have limited types of the virtual currencies. Consequently, the only way of getting such Cryptocurrencies is through mining them. 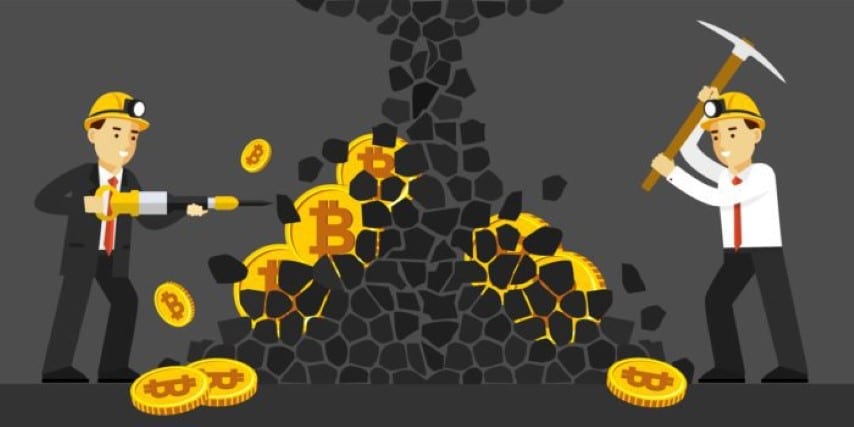 Mining Is A Real Activity

Although many people don’t understand Cryptocurrency sector, mining is a real activity. The miners have to incur costs and have to use their skills. Moreover, the activity cannot be faked. Currently, the Crypto mining market is shaky. However, this can be explained by the low price of Bitcoin and most of the other Cryptocurrencies. To make high profits in this industry, you have to buy when everyone is selling and sell when everyone is buying. You should consider mining indicator to predict the trend.