Bearish momentum is prevalent in the Cryptocurrency market with most Digital Markets in the red. Despite a Monday crush and a short-lived rebound, the bears are still in control and this is offering a perfect opportunity for investors to leverage the situation and increase their portfolios.

As of Tuesday 24th November 2019, the reds are still dominant with a few exceptions such as Chainlink, Tether, USD Coin, Paxos Standard, TrueUSD, Bytecoin, Energi, MonaCoin, and a few more that are mainly Stablecoins.

In this regard, there are various assumptions for the situation where some factors are believed to be major contributors to the losses.

The most basic factor is increased BTC sell-offs. Data from most Crypto exchanges show that sell orders have sharply surged against buy orders. The consequence of the situation is that the relative strength index (RSI) tilts in favor of the overbought side. A negative price momentum then ensues and a bearish condition is triggered as too many sellers chase after a few buyers.

Additionally, with a market dominance of more than 68%, BTC price movements directly impact other Altcoins and a market-wide phenomenon kicks in. Hence, Coins such as XRP, ETH, BCH, LTC, etc, have shed off between 5 and 10 points in the last 24 hours.

On the other hand, BTC’s slump is not as sharp having lost only about 3% of its market value. As at press time, BTC/USD is trading below $9,590 and all signs indicate that the odds for a rebound are low.

Last month, official reports from the People’s Bank of China (PBoC) showed that China was planning to issue a Digital Renminbi. The project aims to counter the emergence of Facebook’s Libra and the US Dollar.

However, following a cold reception of the Libra by the US Congress, and the European Union Central Bank, the Chinese seem to be backtracking on the project. Hence, the interest that the news generated in the market could be subsiding and the market could be correcting itself. 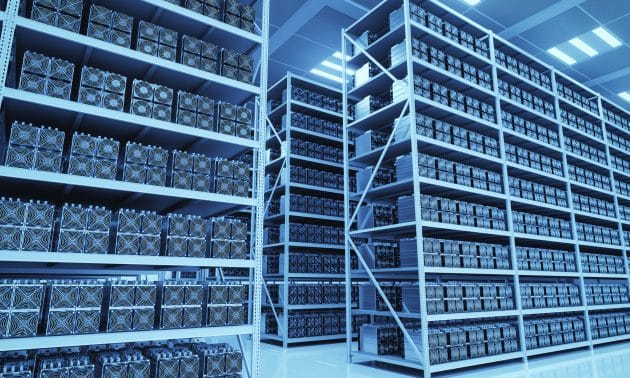 In early September Coinrevolution reported that year-over-year hash rates have grown tremendously and are at an all-time high. The report further observes that the reason behind the growth is that miners were increasingly using Bitcoin Blockchain to mine Tokens amidst other instances of use-case adoptions.

However, intra-month data shows that the hash rate has dropped by 30 points from 100 Th/sec to reached 67 Th/sec. This incidence is coinciding with the selloff situation hence confirming the assumption that it is a variable contributing to the bear run.

Despite the slump, manufacturers of mining hardware believe that the hash rate will grow to 120 Th/sec before the year ends. This is because miners are expected to intensify their hunt for BTC.