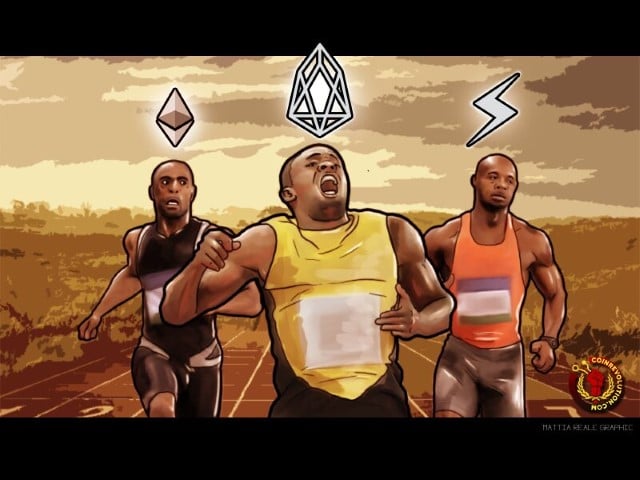 This week has begun on a good start as major market players in the Cryptocurrency world have recorded a tremendous rise in their prices. Some of the digital assets that have recorded growth are EOS and Ethereum, both of which have gone up with more than 5% just over the past 24 hours. Other tokens such as Storm, Ontology, as well as Tron have shown an increase in price with between 10 to 15%, something that is very commendable.

Things have not been easy for the leading virtual coin, Bitcoin for the past four months. Of late, it has been involved in a struggle against the USD, a struggle that it has lost. But as all these continue, there are certain upcoming virtual coins that have also witnessed huge losses against both the US Dollar and Bitcoin. Tokens such as WanChain (WAN), Ox (ZRX), Storm (STORM), Tron (TRX), ICON (ICX), as well as Ontology (ONT) had earlier recorded a great increase in price even going past great coins such as Bitcoin.

Despite that earlier price upsurge, these virtual coins have fallen by over 15% against the leading virtual coin in terms of market cap, Bitcoin. For instance, ONT went down below 0.00073 BTC, a level it has never gone below since 27th of April 2018.

The Current State of Bitcoin

At the moment, the Williams Percent Range (WPR) and the Relative Strength Index (RSI) for the leading digital coin, Bitcoin are at -81.1 and 44.7 respectively. This statistic shows that Bitcoin is currently in a neutral state. This is an ideal place for BTC to launch a short-term rally and even recover over the coming few days. This can still be possible despite the sell signs that have been shown by both the simple and exponential moving averages.

And therefore if BTC continues to move up to the mark of $9,000, tokens such as ZRX, ONT, STORM, and TRX are likely to witness huge gains within the shortest time possible. With the 4% increase that Bitcoin has recorded over the past 24 hours, attaining a $9,000 price mark is a possibility and can occur at any time.

More About The Price of Bitcoin

A number of investors and traders expect BTC price to rebound again and especially after the Blockchain Week event that is scheduled to occur next week in New York. This is based on historical data and evidence.

Upon the completion of the Consensus Cryptocurrency conference, the price of BTC has recorded huge price surges. This has made both the institutional investor and mainstream media sources to develop a great interest towards this industry and the market.