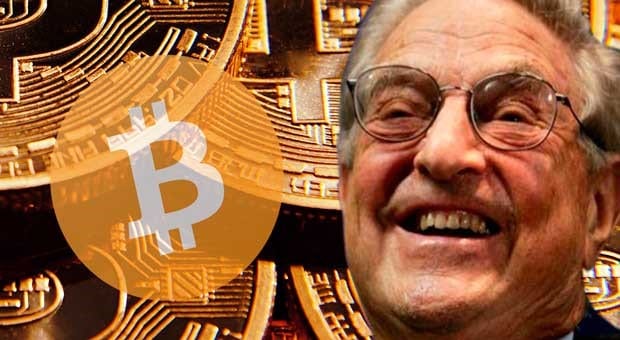 The family office of billionaire George Soros has recently hit the news when they announced that they would be joining the market of Cryptocurrency. The news that this particular office that is estimated at a value of $26 billion would soon join virtual currency market has got capitalists talking about its possible effects.

Here Are The Lessons From Soros

George Soros one of the few worlds’ billionaires who has made a name for himself for sharing some of the best business ideas. One of the ideas that he gave in the past might help a lot in as far as comprehending how the market works with or without his involvement.

Soros is not only known as but also feared as the guy who broke the Bank of England. This happened on the 16th September 1962, a day that has since gained the title Black Wednesday, when he pocketed in a total of $1 billion just in one day. This is one of the most powerful and popular palindromes in the world of finance and economics.

Soros is one institutional player who possesses the capability of making or breaking a currency or going large even the current breed of the digital coins.

It is no doubt that George Soros is one of the wealthiest individuals on this planet. He has always stated that his success is as a result of what he refers to as reflexivity. The theory of reflexivity clearly states that capitalists should base all their decisions on their perception of reality and not reality itself.

Based on this theory, there are only two main theories. The first one is the objective one while the second one is known as subjective. According to Soros understanding, the subjective aspect of the reflexivity theory is responsible for everything that occurs in the mind of an individual. The objective aspect, on the other hand, covers all that occurs in the external reality.

Reflexivity links two or even more aspects of reality and therefore goes ahead to set a kind of two-way feedback loops that exist between them. Through this, the actions that happen as a result of every reality will influence the perception of the investor and finally the price.

A good example of this theory, according to Soros is the world’s financial crisis that occurred in 2008. The billionaire reckons that markets are currently in a state of divergence from the reality and have neglected reflecting on the entire available knowledge. He went ahead to note that the level of distortion might range from time to time.

Effects of the Theory on the Cryptocurrency Market

As more people continue to come up with their own views on Cryptocurrencies like Bitcoin, the more the price will go up, and vice verse. It is exactly what happened towards the end of 2017 when the price of Bitcoin went up and attracted more users. This, in the end, attracted more people to the game.

According to Omri Ross, the CEO of Firmo Network, virtual currency markets are also prone to the irrational exuberance phenomena, market players who are so much opinionated and bias, just like any other market.

One thought on “Crypto Lessons from George Soros”