Craig Wright is due to make public his Bitcoin addresses dating back to 2011. This order has been issued by the United States District Court in the Florida Southern District. The directive of the US Court is part of an ongoing legal battle where a Dave Kleiman estate is accusing the self-styled Bitcoin enthusiast of stealing 1.1 million Bitcoin Tokens worth $5 billion dollars.

Ira Kleiman, the plaintiff on behalf of Dave Kleiman’s estate accuses Craig write of defrauding the now deceased Dave of 1.1 million BTC in 2013. The two men had founded W&K Info Defence Research LLC for offering Bitcoin mining services. The business endeavor, however, resulted in Craig defrauding Dave the Tokens and now Ira wants the Tokens returned back to the Kleiman estate to benefit dependents.

Dave Kleiman passed on in April 2013 from an MRSA infection.

In 2011, all the BTC owned by Craig Wright was transferred to a blind trust meaning that all his Bitcoin was placed under a new address. Since then, little is known besides media reports that the defendant, who also claims to be the real Satoshi Nakamoto, owns a colossal amount of Bitcoin.

The order of the US Court for the case of Dave Kleiman estate vs Craig Wright wants the defendant to list all Bitcoin addresses that he has mined. A flashback in the case hearing shows that the plaintiff had tried to file for a dismissal of the case without success.

Additionally, the estate of Dave Kleiman representatives prayed to the US Court to order Craig to provide identities of trustees of the blind trust portfolio including all beneficiaries of the blind trust. Further, Kleiman asked the court to allow deposition about Craig’s rights and control over Bitcoin in his addresses.

The order reads that Craig Wright has to produce all the blind trust transaction records by 5:00 p.m. Eastern time on May 15, 2019. The statement further compels the defendant to ensure that the documents presented to the court in order compliance show detailed evidence of transfer of Bitcoin into the account from 2011 onward. 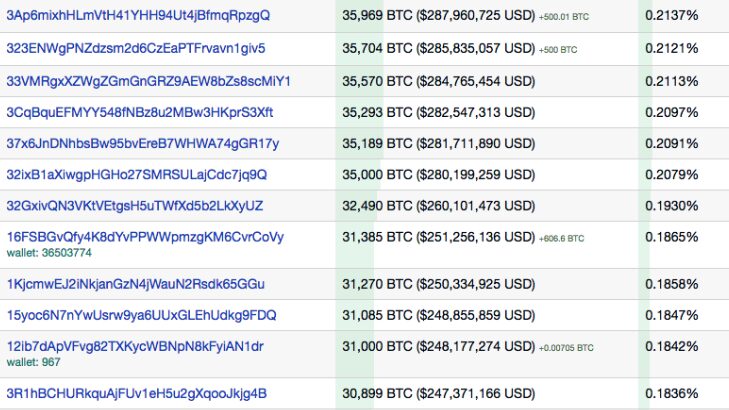 The Defendants Disapproval Of The Order Has Been Dismissed

In his disapproval of the order, Craig argues that the process of producing the Bitcoin addresses would be “unduly burdensome”-reasoning that the court disagrees with as the argument is about the impossibility of providing BTC holdings rather than undue burden where the focus should be.

Additionally, the court responds to Craig Wright’s prayer by saying that he did not present, in the course of crafting the delivery of the order, the concerns that it is impossible to provide a list of his Bitcoin portfolio.

Meanwhile, the defendant has vowed to fight anyone who disputes his claim of being Satoshi Nakamoto. He has already sued Roger Ver for libel and slander after Ver posted a video on Bitcoin.com calling him a cheat and a fraud.