Coinbase has been sending shockwaves in the Crypto community in the recent past. This is because when the Crypto exchange lists a Token, investors are always assured of a price surge and higher returns for their investments. Hence, not only, does Coinbase enable buyers to acquire Cryptocurrencies through market transactions, but it also enables Cryptocurrencies and Blockchain platforms to net more users following an ensuing rush by investors to place their money in the optimal Digital Asset that Coinbase seems to “endorse” by listing it. 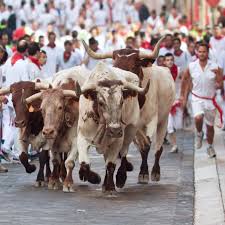 The second scenario of the effect of Coinbase listing is on the history of the BAT Token. On November 2nd, Coinbase Pro listed this Cryptocurrency so that investors could be able to transact it more easily and securely. BAT responded by gaining 33% a few minutes after Coinbase made the announcement at 1 pm Pacific Standard Time. It is important to note that this is just one platform of Coinbase as the regular platform is yet to proffer BAT on its list for trade and also Coinbase mobile trading applications. This means that once the second platform activates the sale of BAT, a bull run breakout will be obvious.

The first proof that Coinbase can influence a bull run for Cryptocurrency is evident in the case of Ox’s native Token, ZRK, that was listed on Coinbase Pro on October 11th, 2018. The Crypto exchange managed to proffer ZRK for trading on its Coinbase network on October 16th. Prior to the Coinbase listing, the new Cryptocurrency was exchanging at $0.66. When Coinbase activated the trading of The Token, it registered a monumental increase of 62% in less than one week after surging to $1.07.

On November 4th, 2018, Coinbase announced that it was supporting a decision by Bitcoin Cash to initiate a hard fork designed to improve user experience on its network. BCN registered impressive gains moments after the news and broke up and is currently trading at $550 on depressed gains due to downward market pressures. However, investors and Bitcoin Cash enthusiasts are already showing strong interest ahead of the much-anticipated Bitcoin Cash hard fork.

Will The Coinbase Effect Lead To The Much-Awaited Crypto Market Bull Run Breakout? 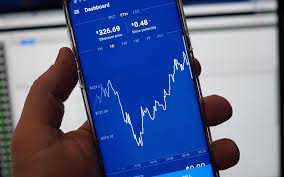 The “Coinbase effect” is the ability of the platform’s listing to lead to a surge in the prices of select Cryptocurrencies on its list. Apart from the case of BAT, ZRX, and BCH, other Tokens such as ZCash (ZEC), Cardano (ADA), Stellar (XLM) have also received a major boost following a proposed Coinbase listing.

There are widespread unverified reports that reveal an intention by the leading Crypto exchange platform to list hundreds of other Cryptocurrencies such as XRP. This might eventually lead to a market-wide bull run since select cases prove that the “Coinbase effect” is a factual phenomenon. It is also more effective than ETFs or Bakkt that usually excite traders by alluring market participation. Hence, this might be the silver bullet that will reverse the prevailing bear run exerting downward pressures on BTC, ETH, and other Digital Assets.