In the past few weeks, an anonymous Twitter account and Bitcoin.org co-owner,’Cobra Bitcoin‘ have been sending controversial messages. The messages have been revolving around the ownership and control of BTC hashrate. This week, Cobra Bitcoin has claimed that one person controls over 51 percent of the BTC network.

‘Cobra Bitcoin’ is not new to controversies and has been attacking Bitmain Technologies in recent weeks. In his conversions on Twitter, Cobra was asking the BTC community to do away with proof-of-work (PoW) algorithm and combine it with proof-of-stake (PoS). Cobra also added that mining pool is now centralized. In his tweets, he specifically attacked Bitcoin Technologies and its CEO Jihan Wu.

This is not the first time Cobra has launched attacks on this company and its CEO. Together with BTC core developer Luke Jr., the two have initiated discussions on mining centralization for a long time. The two have also been campaigning for a change in PoW. On June 18, Cobra shared a pie chart that showed that BTC.com controls 36.5 percent of the mining pools on the BTC network. He then said that the control of the hashing power by one individual means that Bitcoin cannot be censorship-resistant in the long-term.

Before tweeting about the pie chart, Cobra began by tagging prominent people he believes have close links with Bitmain Technologies companies and its CEO. Cobra stated that Bitamin claimed they are not in charge of the majority of the hashing power at pools such as Antpool, BTC.com, and Viabtc among others. Cobra said there is a need to audit the latest report by Bitmain and to establish the independently owned amount. Cobra suspects Bitmain controls over 80 percent of the BTC hair-shirt. 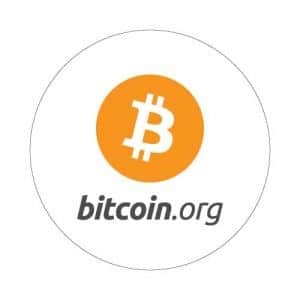 BTC.com took no time in responding to these allegations by Cobra. Alejandro DeLaTorre, the business operations network VP dismissed Cobra’s claims. When asked about the hashing power on BTC.com controlled by Bitmain, DeLaTorre took a different approach to respond. He requested to know about Cobra’s control over. Bitcoin.org and the latest changes that have been introduced on the site blocking companies that previously supported the New York agreement.

DeLaTorre also wanted Cobra to explain the unavailability of BTC.com wallet even after adhering to all the rules. DeLaTorres went ahead to say all the wallet necessities have been met. He also wants to know anything about NYA. He concluded by asking Cobra to be transparent in his attacks.

PoW Is A Total Failure

Cobra has continued to target Bitmain claiming the company is in complete control of the BTC harsh rate. He still believes the other mining pools are disadvantaged and cannot compete competitively with the company. He noted that there has been a long wait for the competition to set in without success. For instance, although Halong hardware has one percent of the system hashing power, it is no longer selling anything. Cobra observes that nobody can rival Bitmain on cost per J/THs. Therefore, the company is likely to continue dominating the sector, even in the long term.

To address this challenge and allow other companies to compete with Bitmain, there is a need to end PoW according to Cobra. He believes the current algorithm is a failure. BTC.com’s pool has about 28-29 percent of the BTC’s publication.