Large-scale Bitcoin miners with zero electricity costs are among those people crypto hodlers should really fear. This is because these miners’ break-even point is so low it can easily depress Bitcoin price’s fair market value and as a result, dash the asset’s 7-figure ambitions.

This week alone, Chinese police busted a Bitcoin miners’ gang reported to have stolen electricity worth over $3 million to use in their Bitcoin mining activities. Approximately 4,000 devices were being used in the illegal operation. The number of Bitcoins mined in the operation has not been determined yet but it is likely to be significant. The most concerning thing is that this operation could just be one among many other illegal crypto mining operations in the country yet to be uncovered.

China plays a vital role in the Bitcoin mining ecosystem. In May alone, it accounted for about 80% of all the Bitcoins mined globally. From centralized mining operations to cheap electricity, the country has many advantages that favor Bitcoin mining. All these factors have played a major role in sustaining Bitcoin’s price. However, this has also attracted a lot of illegal Bitcoin mining in the country.

Currently, mining Bitcoin in China goes for about $8,000 with the cost of electricity being about $0.045/kWh. However, when that cost is zero, like when stolen electricity is used, then it means mining rigs, rent and personnel are the only expenses being incurred.

Electricity cost exerts a dramatic impact on profitability which means that miners who use zero energy cost are breaking even at prices way lower than $8,000. This price is already lower than the global Bitcoin price. This shows that at current prices, China’s illegal miners are enjoying huge profit margins. And in case of a potential bear market, they will still remain profitable. 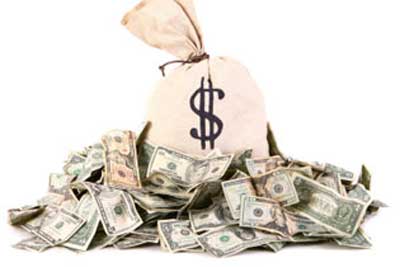 The incentive to sell Bitcoin at the earliest and best opportunity is extremely high. However, this results to wild volatility as well as depressed prices. Perhaps crypto enthusiasts should note that during periods of low volumes like during the weekends, the number of Bitcoins required to cause a price collapse is largely reduced.

Chinese Authorities Should Crack The Whip Harder On Electricity Thieves

The lower the breakeven cost, the higher the potential for prices to remain depressed.

For instance, last year when the leading crypto hit its yearly low, and the breakeven price was at $3,550, ordinary miners were incentivized to avoid selling and those selling were doing so at a loss. However, illegal miners incurring zero electricity costs more than likely did not feel the pinch of the crypto winter.

Therefore, it is only hoped that the Chinese authorities, even if they have not embraced digital currencies yet, will continue their hunt and shut down illegal Bitcoin mining. While doing this will largely depend on their own interests, it will greatly benefit the Bitcoin ecosystem.