China plays a vital role in the Bitcoin mining ecosystem. In May alone, it accounted for about 80% of all the Bitcoins mined globally. From centralized mining operations to cheap electricity, the country has many advantages that favor Bitcoin mining. All these factors have played a major role in sustaining Bitcoin’s price. However, this has also attracted a lot of illegal Bitcoin mining in the country. The lower the breakeven cost, the higher the potential for prices to remain depressed 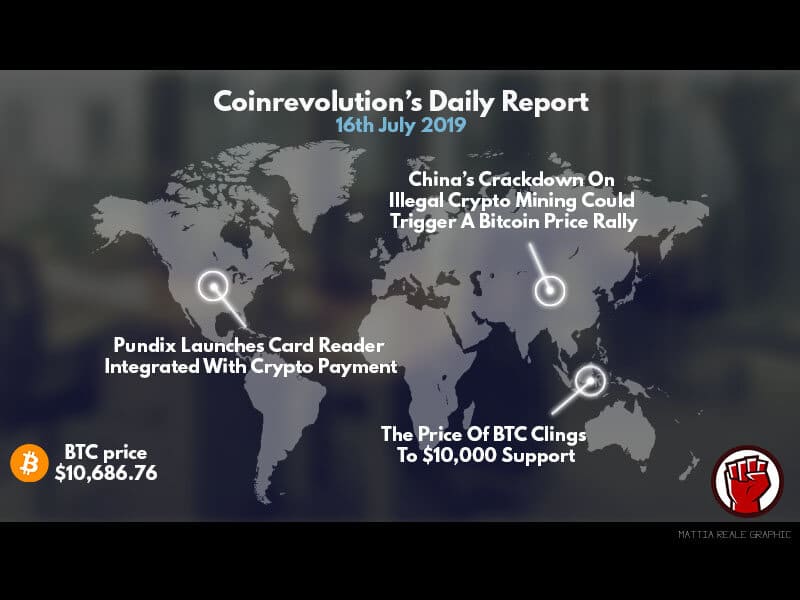 After a volatile weekend that ended yesterday, the leading virtual coin by market cap has now clung to$10,000 support. The weekend was not a good one for all the virtual coins across the board. The real pain was suffered by nearly all altcoins in the industry, including some of the top ranking ones. A look at the leading coins in terms of market cap shows that nearly all of them suffered the same pain