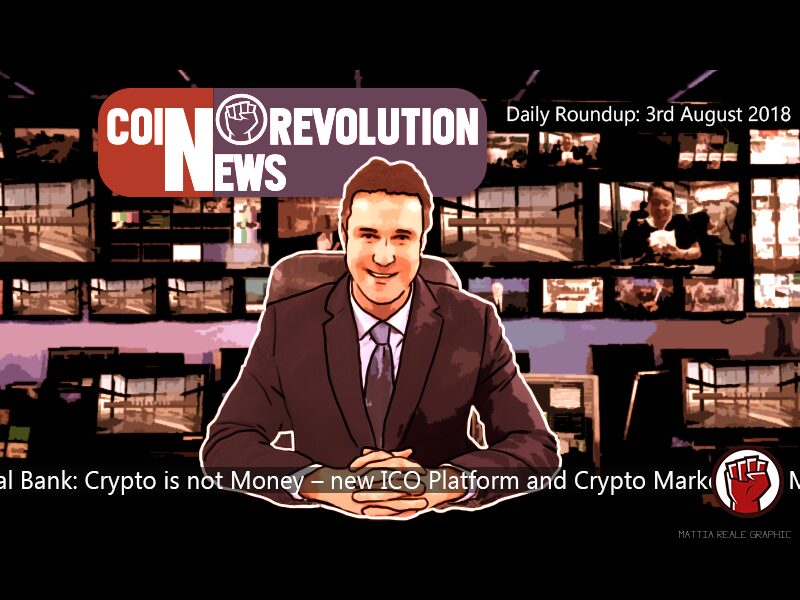 The Chinese government has banned crypto events within its borders. A step that contradicts the fact that the country has just recently invested a major sum of $ 3bn USD into crypto startups. In fact, the policy of the Chinese is contradictory for about a year now. On the one hand, the government is cracking down on exchanges and trading cryptocurrencies. On the other hand, it is supporting projects like Neo. Consequentially, this fact separates the crypto community. Traders mention this as a positive fact.  While crypto enthusiasts object the lack of decentralization of the project.

Thailand’s central bank officially announced its own cryptocurrency project. It is called project Ithanon and the central bank will cooperate with 8 national business banks. The project will serve to fasten transactions between the banks. The ledger will be based on Corda, a program developed by R3. The first step of the project will include the common design and development of the project. If the project is successful, transactions to other banks and cross-border payments will be implemented as well. However, financial experts criticized the project for security issues and for jumping on an unnecessary trend. In fact, the country seems to have a two-sided stance on cryptocurrency.

Shariah-compliant exchange will launch in the United Arabian Emirates

The United Arabian Emirates (UAE) will launch the first shariah-compliant exchange. ADAB Solutions will launch the exchange, a private UAE-based company. The announcement followed only a few days after the GCC (the Gulf Cooperation Council) furthered the dialogue between regulators and representatives of the cryptocurrency sector. Saudi Arabia’s financial market authorities called the trading of cryptocurrencies illegal. Although there is no explicit law forbidding the trade. However, it is likely though that regulation will follow soon. As of now, it is unclear whether Saudi Arabian officials will call the shariah-compliant exchange illegal as well.