Charles Hoskinson, the CEO of IOHK- the team behind Cardano Blockchain technology has promised to unveil a new community management structure over the next two weeks. He revealed this plan in his most recent “Ask Me Anything” session from Toronto Canada.

The main reason for developing a new community outreach model is because Cardano Foundation has been falling short of meeting Cardano users’ needs.

Cardano Foundation Community Network Has Been Having Challenges 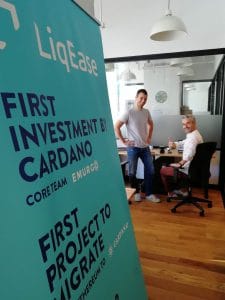 Last week, there was an announcement from the Cardano foundation about the removal of a high-ranking partner, Mr. Parsons. Questions then emerged from users of Cardano community initiative about the implications as the future of the platform’s PR outreach seems to be uncertain.

It is important to point out that in the outgoing PR arrangement, the responsibility for the growth of the Cardano community through educational initiatives was with the Cardano Foundation. But the events following its establishment have been unfavorable to users raising skepticism about the platform’s management, Cardano Blockchain, and its ADA coin.

For instance, Cardano users have not been able to communicate their concerns to the Cardano development team, the IOHK. This has been adversely affecting the consensus protocol of Cardano as important functionalities of the Blockchain platform such as voting, community interactions, etc. have been disrupted by recurrent breakdowns and lack of action.

Further, there was a mismatch of information between Cardano Foundation and the main Cardano blockchain which had the implication of slowing the implementation of roadmap ambitions that the Cardano whitepaper had promised. This shortcoming has been seriously violating the right of users as Cardano was not implementing its promises as per the initial contract.

Details About The Community Management Network

Charles Hoskinson states that the details of the new platform are yet to be finalized. He, however, stresses that the focal point of the overhaul is to create a new community management network. This time around, the new network is expected to be part of the IOHK itself rather than be independent as was the case in the previous PR system.

One of the partners that Cardano Blockchain management is liaising with to develop the new PR platform is Emurgo. This is the commercial arm of Cardano project. Given its specialization, Emurgo will ensure that Cardano community initiatives have state-of-the-art features that are vital in hosting communication data efficiently. Additionally, the participation of the commercial arm of Cardano will also focus on enhancing quality user experience that has been lacking on the previous network.

The new Emurgo and IOHK Community management initiative will be launched in Japan to ensure that Cardano is tailored for the local market as it is already prominent in the US and the EU. The outgoing team from Cardano Foundation are encouraged to apply for new positions in the oncoming team.

Cardano is the largest Cryptocurrency in the world with a market capitalization of slightly below $2 billion. Its coin, ADA, is currently trading at $0.07 per unit. Experts forecast a surge in the value and volume of trade once the community management initiative is unveiled in the course of two weeks.