The County Auditors’ Association of Ohio (CAAO) and SafeChain have liaised to explore risks and opportunities that Blockchain technology could proffer in the real estate industry.

In particular, the auditors are aiming to kickstart a project that would develop and deploy a Distributed Ledger Technology-based platform for recording real estate transactions between parties in Ohio.

The goal of the joint effort is to ensure that there is an immutable record of deeds to safeguard the integrity of property transactions that are prone to fraud due to the immense value often involved.

Additionally, CAAO intends to have live Blockchain platforms serving the 13 of the 88 counties of Ohio such as Delaware, Washington, Warren, etc. It is highly likely that the success of this project could inspire other county auditors to join the initiative especially in urbanized counties like Cuyahoga and Hamilton.

Exploring The Benefits Of Blockchain Technology

The CAAO has tasked SafeChain with the mandate of exploring strategies of deploying platforms that are powered by Blockchain technology in county levels in order to determine the benefits that will be proffered. The implementation is set to be unveiled once the initial phase of preliminary studies and tests are complete.

Blockchain technology in itself can be modified to offer solutions to industries. As at now, industries such as finance, insurance, music and entertainment, banking, healthcare, publishing, e-gaming, e-commerce, etc. are adopting Blockchain to solve efficiency challenges.

With the exception of Ripple, Blockchain platforms are decentralized and open source. This means that they are managed by individual users who operate in a public ecosystem. Secondly, DLT offers immutable records, this means that users can record transactions that cannot be altered once a Block is complete. 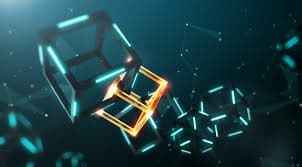 Thirdly, Blockchain technology uses Smart contracts or other protocols such as Proof of Work, Proof of Authority, etc., to ensure that all on-platform transactions meet the set standards as per the vision of developers and expectations of peers. Lastly, due to the decentralized nature, peers transact with each other directly, hence eliminating third parties that often slow down progress in conventional settings.

Alan Harold, the Stark county auditor and CAAO president, believes that the project would overhaul processing of property transactions for the benefit of Ohioans.

On the other hand, CAAO is made of 13 county auditors whose chair is Matt Nolan from Warren County. Other members include Matthew Livengood from Washington County, George Kaitsa of Delaware County among others.

Ohio is already one of the most Blockchain friendly states in the US. In November 2018, the state legislature passed a law allowing companies to pay taxes in Bitcoin. In August 2018, Ohio recognized Blockchain data legality in order to pitch Ohio as the hub for DLT companies and talent.